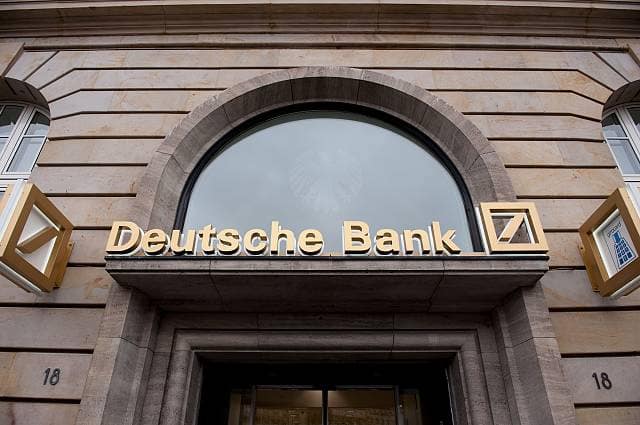 Deutsche Bank has a new chief executive and this news has pushed its shares up by 4.5 per cent in morning trading today.

The Germany’s biggest lender has ousted its British-born CEO, John Cryan, aside over the weekend. Despite raising capital and cutting costs, the former UBS executive failed to revive Deutsche’s fortunes.

Investment-banking revenue last year was a quarter lower than in 2015. The division’s return on tangible equity was a paltry 1.4 percent – far behind the Wall Street firms that Deutsche considers its peers.

Deutsche chairman Paul Achleitner said that 57-year-old Cryan had “laid the groundwork for a successful future of the bank” despite his “relatively short tenure” as chief executive.

“The time pressure is on and the expectations are high from all sides – our clients, our investors, the regulators, politicians and the media,” Sewing (name is pronounced as “saving”) said in a letter to employees published on the bank’s website today.