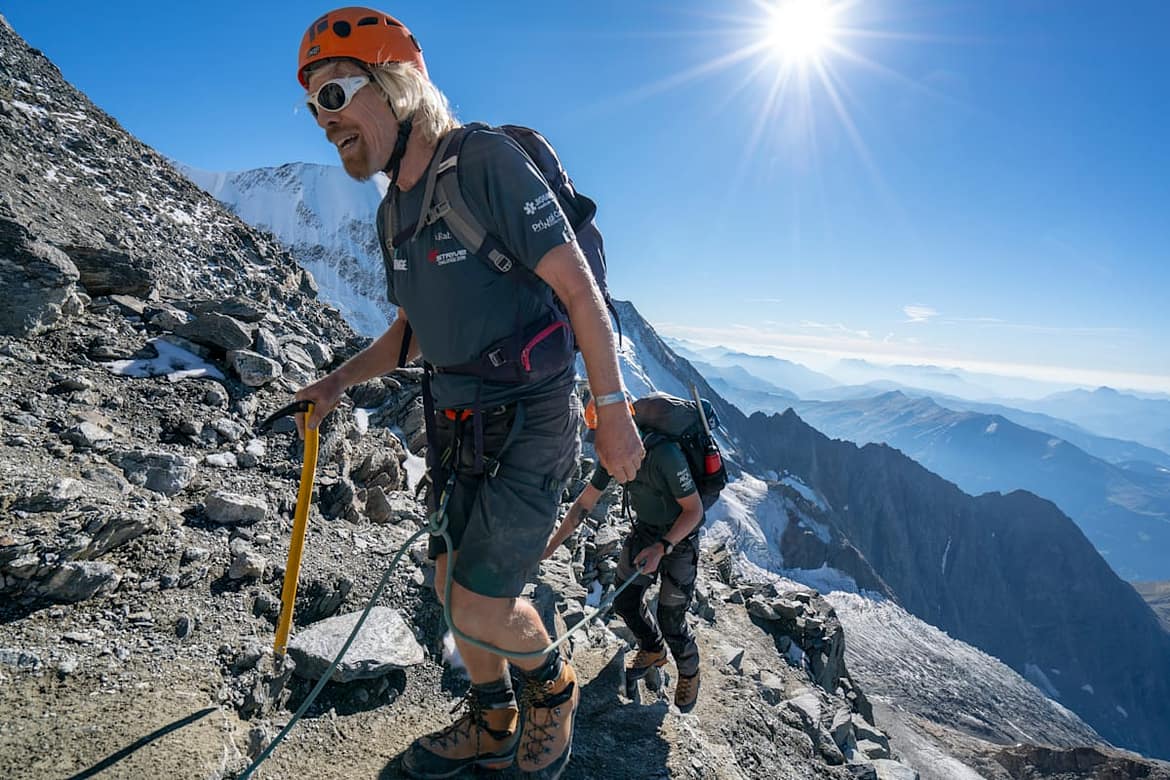 Branson seconds away from death on crazy mountain climb

British billionaire Sir Richard Branson had a near death experience on hi charity mountain climb in Switzerland, it has been revealed.

Branson was “seconds away from certain death” after nearly being caught in a rockfall on Mont Blanc.

The Virgin Group founder was climbing with his son Sam when rocks “the size of small cars” crashed over their heads before they reached the summit in the Alps.

Sir Richard said: “Three seconds earlier and we would all certainly have been killed. There’s definitely a friendly star above our family and it keeps a watchful eye over us.

“A side of a cliff had broken away from the mountain further up and seconds later huge boulders the size of small cars were bouncing towards us. Rocks rained down on us from every angle,” he added.

“I am not exaggerating when I say four of our team were seconds away from certain death. I have never come so terrifyingly close to losing my son and other team mates and it all happened in a matter of seconds,” he said.

Sir Richard Branson says Virgin trains ‘could be gone by...