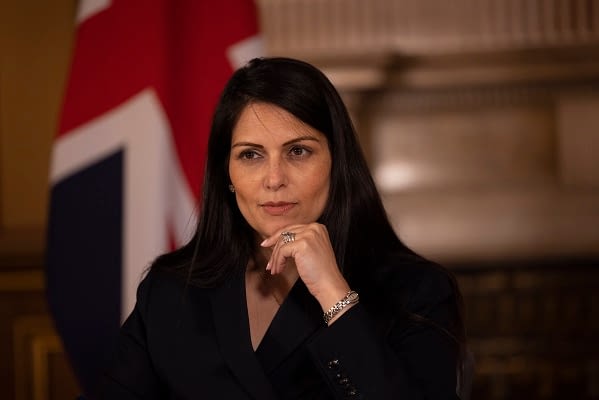 Almost 3,000 Civil Service job roles will be opened up outside London and the South-East by 2025, Business Secretary Kwasi Kwarteng and Home Secretary Priti Patel jointly announced today (Wednesday 19 May).

This forms part of a cross-Government move – the Places for Growth scheme – to ensure policy makers reflect the communities they serve, while levelling up by ensuring economic growth and job opportunities are more evenly distributed across the UK.

Home Office presence including Senior Civil Service roles, under Places for Growth is expected to increase in smaller cities and large towns including Stoke-on-Trent, Peterborough, Salford and Solihull as well as in  Metropolitan locations and in the devolved administrations including Sheffield, Cardiff, Belfast, Manchester and Edinburgh.

The Home Office is also in the process of establishing a new Innovation Centre in Stoke-on-Trent, which will accommodate case-working roles and an Asylum hub.  Over five years the Stoke hub will in total accommodate more than 500 roles. The plans will bring operational, policy and corporate functions to the city,  providing a pipe line of exciting career paths for the local community with an apprentice first policy for hiring at junior grades.

The BEIS workforce is to be grown in Salford, Birmingham, Cardiff and Darlington, and expanded to new locations in Belfast and Edinburgh, with an ambition to build a presence in Preston in the longer term. These plans will mean a total of 1,350 Department roles outside of London by 2025, an increase of 865 from today.

This plan will ensure the Business and Energy Department, responsible for areas including business growth, industrial policy, renewable energy, science, research and development, and employment rights, is represented by policymakers operating across all four corners of the UK, strengthening the bonds of Union.

Business Secretary Kwasi Kwarteng said, “We are doubling down on our commitment to level up every region of the UK, so that every part of the country can share in the UK’s future prosperity.

“Our policy developers and decision-makers must reflect the communities they serve. Relocating these Civil Service roles will ensure central government hears the voice of local communities louder and clearer than ever before, while creating hubs of economic opportunity and growth across the UK.”

“It is so important that they represent the communities they serve, and by creating 500 new Home Office jobs in Stoke-on-Trent the Government is delivering on its promise to level up communities across the country and build a safer, fairer and more prosperous UK.”

BEIS civil service roles will be shifted through natural turnover creating jobs in regional offices as and when vacancies arise from London, meaning current staff will not be required to relocate from London unless they want to. The Business Department will draw on a combination of regional offices and flexible working to ensure an efficient spread of roles.

This announcement will also see both the Business Secretary, Home Secretary and other government ministers spending an increasing amount of time outside of London, ensuring local communities feel better represented and providing new opportunities to better tailor policies to meet regional needs.

As part of the Government’s commitment to levelling up every region of the UK, the Chancellor announced at Budget 2020 that the Government would shift 22,000 Civil Service jobs out of London by the end of the decade – with a target for 25% of roles to be outside London by 2025.

Today’s announcement sees both departments committing to going above and beyond this goal with the Home Office expecting to significantly expand its diverse regional representations, while BEIS aims to exceed this goal with 30% of BEIS roles to be outside of Westminster by 2025.

Today’s announcement follows a cross-government drive to bring jobs to regions, with the Ministry of Housing, Communities & Local Government establishing a new headquarters in Wolverhampton, and the Cabinet Office and Foreign, Commonwealth & Development Office bringing new jobs to Scotland. BEIS will also be joining up with the Treasury and other government departments at the new Economic Campus in Darlington, which was announced by HM Treasury earlier this year.