Home Business News £3.2bn of Christmas orders are now being returned, but some stores’ deadlines have already ended, warns ParcelHero 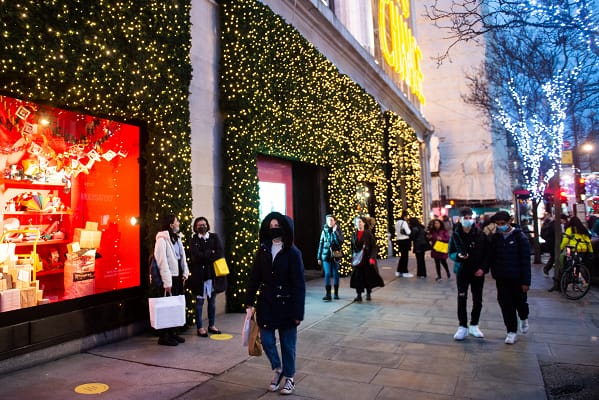 £3.2bn of Christmas orders are now being returned, but some stores’ deadlines have already ended, warns ParcelHero

The traditional Christmas returns avalanche on the first working day of the year was less fevered than in previous years, reveals the delivery expert ParcelHero. It says Takeback Tuesday’s return volumes were down because many Brits were working from home or off sick because of the surge in Omicron cases.

‘Shoppers are expected to return £3.2bn-worth of unwanted gifts purchased online this month. Over 10% of all gifts purchased from 1 November to 24 December will wing their way back to the retailer. We are urging everyone to read the small print on their receipts, however, as some stores’ return windows were far less generous than others.

‘Shoppers can return any online purchase up to 14 days after delivery with no quibbles, and any faulty store-bought or online item up to 30 days after purchase. But that 14-day period is likely to have already ended or be close to finishing. Shoppers who purchased items as late as Christmas Eve on sites without extended deadlines only have until this Friday, 7 January, to send back unloved gifts or notify the seller they are returning unwanted items.

‘The good news is that many of our favourite retailers introduced special Christmas returns grace periods for items bought both online and in-store, but some are less generous than others.

‘Two big name stores that ran out of the holiday spirit a little early are Harvey Nichols and Selfridges. Harvey Nichols’ deadline for returns is today, 5 January, for items purchased between 11 November and 22 December.

‘Selfridges customers have already run out of time. Its grace period ended on 4 January on all items bought between 14 November and 7 December. It told us: “For anything purchased after 7 December, the normal 28-day returns policy applies.”

‘In addition, people will need to hurry returning Christmas items to the likes of Game, House of Fraser, Littlewoods, Net-a-Porter, Next and Very, whose Christmas deadlines windows end on Sunday, 9 January.

‘The most generous stores, such as Amazon, ASOS, Debenhams, Gap, The White Company and Warehouse, are giving until the end of this month to return unwanted items for refund or exchange. In most cases, this covers almost all items bought from the beginning of November through to 24 December, though that’s not always the case. For example, ASOS only includes items purchased from 8 November onwards.

‘One more thing shoppers returning unwanted goods must look out for is that heavier items need special treatment. If people received a large or heavy item such as furniture or a big TV, the chances are it arrived using the retailer’s or manufacturer’s specialist service, with vehicles designed for transporting such items. That means it will have been delivered in packaging that works perfectly for specially designed vehicles but probably won’t be adequate if it’s returned using a normal courier network. We strongly recommend anyone returning a heavy item reads our guide to packaging and shipping heavy items.

What you need to know about the street-side business boom...