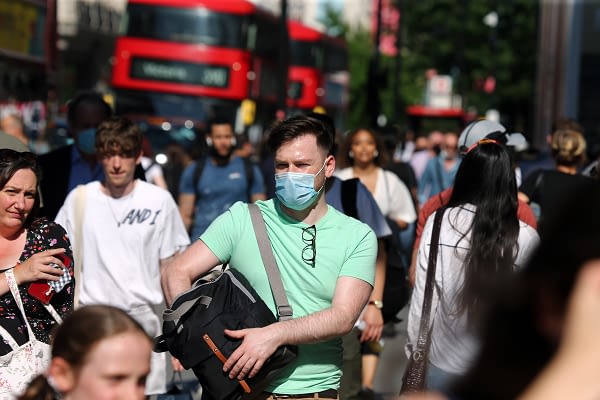 The Prime Minister announced during a press conference on Saturday afternoon that from Tuesday people will have to wear face mask – or face coverings whilst in shops and on all public transport.

This has caused shop workers to be “extremely concerned” over any abuse they may experience should they try to police the use of customers wearing face coverings.

UK’s supermarkets have said they are waiting for advice from the government and will be keep their staff and customers informed.

A Sainsbury’s spokeswoman said, “We are reviewing the latest Government guidance and will keep customers and colleagues updated.”

The chief executive of the Association of Convenience Stores, James Lowman, said, “We are helping retailers to prepare for the change in face-covering rules, but they are extremely concerned about abuse against their staff from customers who don’t want to wear a face covering in a shop.

“We will continue to urge stores to communicate the rules, but not to challenge those who refuse to abide by the rules.”

Morrisons said, “We will be following all updated Government guidelines to keep our customers and colleagues safe.”

Nandy told Trevor Phillips On Sunday, “We don’t think the government has been getting the balance right up to now.

“That’s why we support the measures to bring in greater use of masks, mandatory masks in some settings, and we’ll be asking questions about whether the scientific basis for that suggests that that needs to go further.”