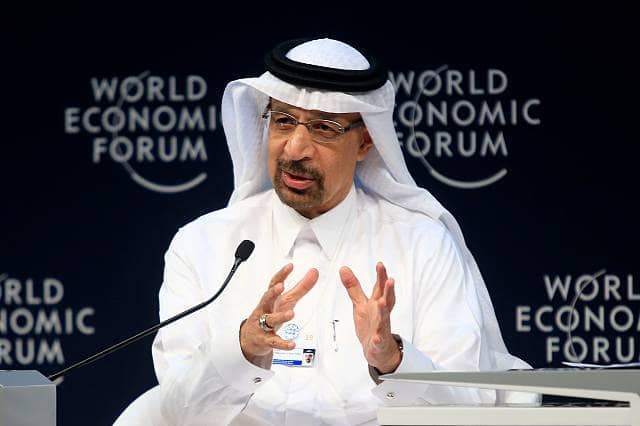 Saudi’s energy minister Prince Abdulaziz bin Salman has been speaking about the flotation of the kingdom’s oil business, Saudi Aramco.

“It is going to come soon … but it will come at the right time with the right approach and definitely with the right decision,” Prince Abdulaziz bin Salman said in a speech at the Future Investment Initiative conference in Riyadh.

“And it will be a Saudi decision first and foremost,” he said.

That is a reference to the Saudi Crown Prince Mohammed bin Salman.

There are expectations that it will be launched on Sunday.