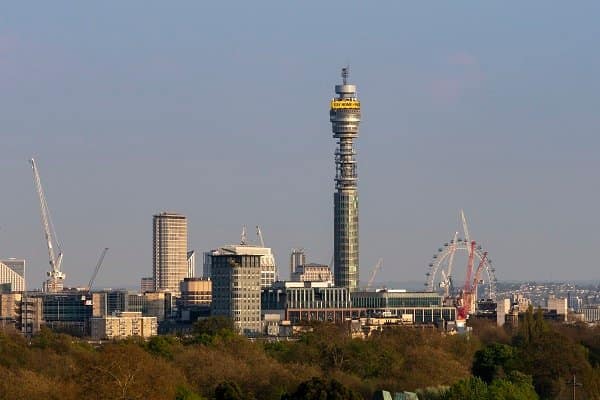 The Mayor of London, Sadiq Khan, has today launched a massive £3.1m tree planting package to protect and future-proof London, in response to the catastrophic impacts of climate change.

It comes after a huge number of devastating fires raged across the capital last week caused by record high temperatures, prompting London Fire Brigade (LFB) to declare a major incident. London remains at immediate risk of wildfires because of tinder dry grass, with LFB warning that any small sparks can start a serious fire. Meanwhile, the Environment Agency has warned that more prolonged dry weather in the coming weeks could push London and the south east into a drought as soon as August.

Since 2016 the Mayor has funded the planting of over 430,000 trees across London, including two major woodland creation projects, creating an additional 85 hectares of new accessible green space in the Green Belt. Sadiq has also invested over £20 million in green infrastructure programmes that have supported green space projects in all 32 boroughs and the City of London, improving or creating over 500 hectares of green space. This includes over 250 community green space projects, more than 80 community tree planting projects and six major capital projects.

Heat in cities is intensified by the ‘Urban Heat Island’ effect, a result of the sun’s rays being absorbed by hard surfaces instead of trees, plants and grass. Increasing the number of trees in London will help tackle this, cooling the city, providing shade to Londoners as well as making London more resilient to flooding.

London’s existing trees are estimated to provide at least £133m of benefits to Londoners every year. They help improve air quality by removing 2,241 tonnes of pollution annually, including harmful PM10 particulates and NO2 roadside emissions as well as making our streets more beautiful and encouraging walking and cycling. Trees also create a vital habitat for London’s wildlife, reduce flood risk and help to tackle climate change through absorbing and storing carbon.

The Mayor’s funding package will be targeted in areas there are low numbers of existing trees and where Londoners are most vulnerable to the effects of climate change. The Mayor’s Climate Vulnerability Map shows areas of London with Black, Asian and minority ethnic populations of more than 50 per cent are more likely to face the highest climate risk in London including flooding, exposure to toxic air, heat risk and limited access to green space.

The Mayor of London, Sadiq Khan, said, “The extreme temperatures and fires that raged across the capital last week laid bare how vulnerable London is to the effects of climate change, which is why today I’ve pledged a further £3.1m for a mass tree-planting package to help limit the impacts of the climate emergency and the ecological crisis. These additional street trees and improvements to green spaces are targeted in areas where they’re most needed and will improve resilience of neighbourhoods in our city.

“The climate emergency is the biggest global threat we face today and we know that it doesn’t impact all Londoners equally, with communities suffering poverty, deprivation and health inequalities more likely to experience the worst effects of flooding, overheating and poor quality air. As Mayor, I will continue my bold action to preserve and increase tree coverage across the capital as we build a better, greener and more sustainable London for everyone.”

“London boroughs are collaborating with partners, like the Mayor of London, on initiatives such as this that work for every resident across London’s diverse communities and crucially, have a long-lasting impact. More trees in London will contribute to our capital’s climate resilience, especially in areas more vulnerable to climate risk, and will take steps to ensure that London can continue to thrive as a resilient and green city.”