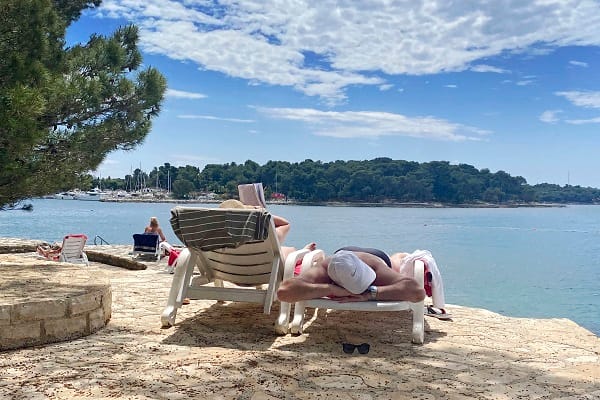 The Met Office has issued a rare “extreme heat” health alert and have warned of “danger to life” for Sunday.

A rare Amber weather alert has been issued for Sunday, 20 July and the Met Office has warned that severe humidity is likely to affect more than just the vulnerable, “potentially causing serious illness or a danger to life.”

The Met Office says, “Temperatures will build again later this week and over the coming weekend, likely peaking on Sunday and Monday.

“Some exceptionally high temperatures are possible and cumulative effects of warm nights and hot days are expected to bring widespread impacts to people and infrastructure.

“This period of hot weather is expected to continue into the early part of next week, hence an update extending this warning into Monday is likely.”

The Amber Warning comes at the end of a week when the UK will see widely-above average temperatures, with a Level 3 UK Health Security Agency Heat Health Alert in place for southeastern areas this week, and a Level 2 alert for much of the rest of England.

Heatwave criteria, when specific temperature thresholds must be exceeded three days running, will be met for many locations in southern and central England and Wales early this week. Temperatures on Tuesday could peak at 33C in the southeast, although there will be more in the way of cloud. Cooler conditions will have spread to Scotland, Northern Ireland and the north of England along with some showers in the northwest.

Warm summer conditions will remain in place for much of the week for the majority of England and Wales, albeit slightly less hot on Wednesday and Thursday, when temperatures are more likely to peak in the high 20s Celsius.

A persistent area of high pressure centred over the southern half of the UK is responsible for this week’s warm spell, bringing largely dry and clear weather for the week, with little cooling into the evenings. During the weekend, a developing southerly flow will allow very high temperatures currently building over the continent to spread northwards to the UK.

Met Office Deputy Chief Meteorologist Rebekah Sherwin said, “Today and tomorrow (Monday 11th and Tuesday 12th), temperatures are likely to peak at 33C in the southeast, with warm weather likely to continue throughout this week and it looks likely to ramp up late this week and into early next week.

“From Sunday and into Monday, temperatures are likely to be in excess of 35C in the southeast, although the details still remain uncertain. Elsewhere, temperatures could be fairly widely above 32C in England and Wales, and in the mid-to-high 20s Celsius further north.”

Dr Agostinho Sousa, Head of Extreme Events and Health Protection at UKHSA, said, “Heat-health alerts have now been issued to the majority of the country, with temperatures set to remain consistently high throughout the duration of this week.

“Most of us can enjoy the hot weather when it arrives, but it is important to keep yourself hydrated and to find shade where possible when UV rays are strongest, between 11am and 3pm.

“If you have vulnerable family, friends and neighbours, make sure they are aware of how they can keep themselves protected from the warm weather.’’