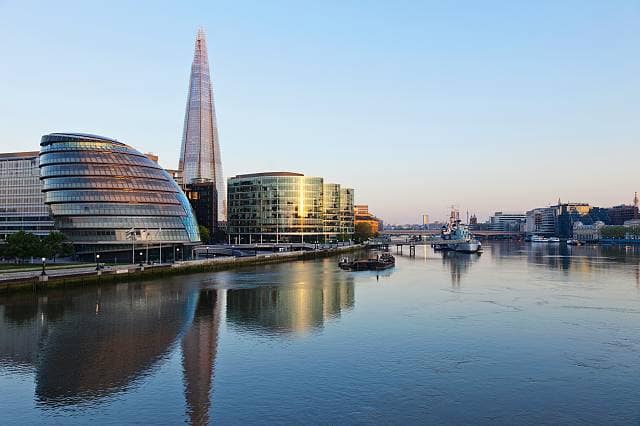 Enterprise City, the pioneering tech, media and cultural cluster in central Manchester, has been awarded a £2m grant from the Department for Culture, Media and Sport (DCMS), to support its Exchange programme.

The funding, which will be managed by Manchester City Council (MCC) on behalf of DCMS, will be used to help create and sustain over 2,000 jobs in the city over the next 15-years.

Exchange, a new business support programme, based within Enterprise City’s two million square foot commercial district, will give ambitious, early stage tech companies and entrepreneurs access to the tools and infrastructure they need to grow and succeed.

The initiative aims to support the future of tech and digital within the UK and create a community of like-minded businesses.

Exchange will initially support more than 15 businesses within its first cohort over a six to 12-month period. Applications for this have now closed, and the programme’s first wave of businesses will be announced in February 2020.

Entries for Exchange’s second cohort will open in August 2020, giving new organisations the opportunity to apply, as it looks to foster the UK’s next best start-ups over the next 15-years.

New cohort call outs for the scheme will run every six months, making way for new talent, as it pledges to offer on-going support to the ever-growing tech eco-system in Manchester and the North.

Tanya Grady, head of partnerships at Enterprise City said, “Exchange is a unique programme that adds genuine value to the city and its booming tech and digital sector. We would not be able to deliver this level of comprehensive training and coaching without the funding from MCC and DCMS, which will create more than 2,000 jobs in the city over the next two decades.

“Enterprise City’s vision, to create a home for start-ups through to global tech businesses, has received a significant boost thanks to the funding, which will allow us to work with, and foster, a community of like-minded entrepreneurs. We hope to attract and support a series of innovators, creators and trailblazers, as they establish their businesses in the global technology industry.”

The unique Exchange programme will be delivered in collaboration with its knowledge partner, Tech Nation, and encourage business owners to grow and develop through its flexible workspace, focused workshops, up-skill sessions and high-profile speaker events and panel discussions.

Sir Richard Leese, Leader of Manchester City Council said, “The growth in Manchester digital and tech start-ups has been remarkable over the last decade and has set the mood for the city’s economic direction. As the largest tech hub outside London, the city has become renowned as a place where SME entrepreneurs are supported to incubate their business, grow and collaborate with major players and investors.

“The DCMS funding has helped to refurbish a priceless heritage asset in the Bonded Warehouse at the heart of the Enterprise City, creating a stunning example of how we should celebrate our city’s heritage to help create the conditions of our future growth. Our aim is to be a leading European digital city, and by helping businesses meet their potential now, we are also creating employment opportunities for Manchester people in the future.”

Exchange will be based on the second and third floors of Bonded Warehouse, the oldest building in the Enterprise City district, which is operated by All Work & Social, and spearheaded by Allied London, an award-winning property development and investment company.