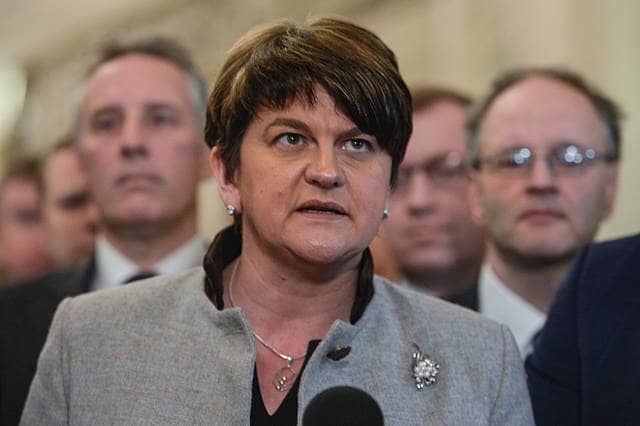 What are yout thoughts?

Theresa May has now secured her position as prime minister following the signing of the confidence and supply deal on Monday morning, costing taxpayer’s a staggering £1bn.

Arlene Foster, the Democratic Unionist Party leader and May watched on as Tory chief whip, Gavin Williamson and the DUP’s Sir Jeffery Donaldson signed the agreement, Foster said she is “delighted” and May said the deal is a “very good one.”

May said that the DUP “share many values” and that a DUP-Conservative government terms of their agreement, will be made public and “completely transparent.”

After the deal was signed May said: “I welcome this agreement which will enable us to work together in the interest of the whole United Kingdom, give us the certainty we require as we embark on our departure from the European Union, and help us build a stronger and fairer society at home.

“The agreement we have come to is a very, very good one, and look forward to working with you.”

“We very much want to see that protected and enhanced and we also share the desire to ensure a strong government, able to put through its programme and provide for issues like the Brexit negotiations, but also national security issues.”

Foster said to journalist’s outside Number 10 Downing Street, triple lock pensions will have no changes and the means tested winter fuel payments has been scrapped, she added that the deal brings “national stability”

“This agreement will operate to deliver a stable government in the United Kingdom’s national interest at this vital time.”

“Following our discussions, the Conservative Party has recognised the case for higher funding in Northern Ireland, given our unique history and indeed circumstances over recent decades.”