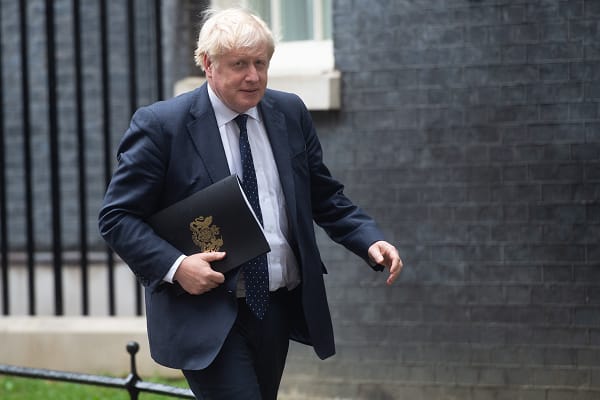 It seems that Boris Johnson does not care about those who are suffering with cancer or indeed those who have died from this awful disease.

This comes as Johnson said, “the most chilling words ever spoken from a Prime Minister,” as he said “never mind life expectancy, never mind cancer outcomes, look at wage growth.”

“Wage growth is now being experienced faster by those on lower incomes.

“It hasn’t happened for 10-years or more.

“That is what I mean by levelling up.”

The Shadow Health Secretary Jonathan Ashworth told The Independent that Johnson’s words are the “most chilling words ever spoken from a Prime Minister.”

Ashworth said, “If cancer incidence and survival rates across the poorest matched the wealthier there would be 19,000 fewer deaths per year.

“Life expectancy has stalled for those in the poorest areas.

“There is no levelling up without levelling up health. It’s now clearer than ever that all Boris Johnson offers is just glib words and no action.”

Shadow Child Poverty Secretary Wes Streeting, who is currently recovering from kidney cancer, said it is “stomach churning” and outrageous” at what the Prime Minister said.

“I do, as it happens. So do millions of others.

“This is stomach-turning, insightful and outrageous.”

Macmillan Cancer Support’s executive director Steven McIntosh said that cancer patients “need to know they are on top of the government’s priority list.”

He told The Independent. “Any measure of ‘levelling up’ for our country must focus on urgent progress for people facing delayed cancer care, poorer cancer experience or outcomes.”

“Every citizen should see this insight into the thinking of our PM.

“It does not have to be this way for Scotland, we have an alternative to this man who is literally prepared to sacrifice our health.”