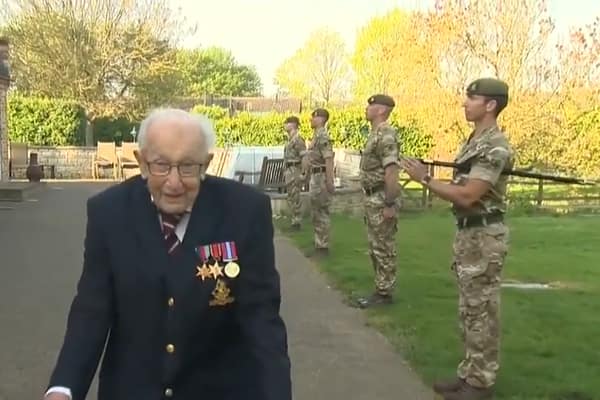 Arise Sir Tom: Captain Tom Moore to be knighted on Friday by the Queen

Captain Sir Tom Moore is to be knighted by the Queen in a private ceremony at Windsor Castle on Friday.

The 100-year old Second World War veteran raised almost £33m for health services and charities by walking laps in his garden during the lockdown.

Sir Tom intended to raise £1,000, but he won the hearts of the nation and more and more money flooded in as he inspired the nation.

The Queen will use the sword that belonged to her father George VI in the confines of Windsor Castle and there will be no viewing positions for the public.