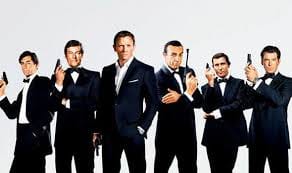 Who’s going to direct the next Bond movie?

Danny Boyle’s decision to walk away from Bond 25, due to ‘creative differences’, has sent fans of the franchise into a tail-spin over the possibility of star Daniel Craig departing, too.

Paddy Power suspended betting on Elba taking the role of 007 after this film, after a series of bets earlier this month.

Sam Mendes, who directed Skyfall and Spectre, is amongst the favourites to take over from Boyle (2/1), but Dunkirk director Christopher Nolan is the odds-on favourite (8/11).

Spokesman Paddy Power said: “It’s such a shame that Danny Boyle has walked away from Bond 25. I was very excited to see if he gave cameos to Spud and Sick Boy or the Spice Girls.

“Instead, we’ll probably have to make do with Batman, as Christopher Nolan has emerged as the big early favourite.”