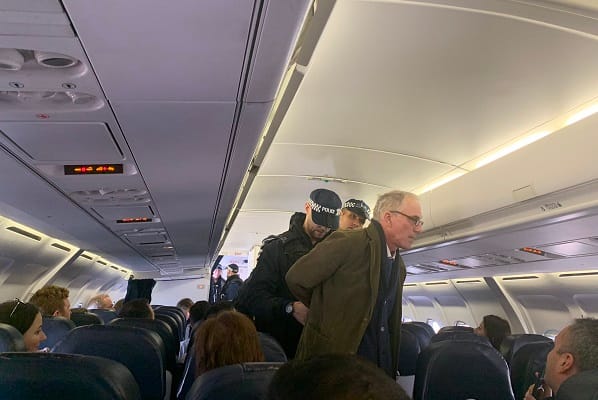 An Aer Lingus flight to Dublin due to take off at London City Airport on was forced to return back to the terminal after an Extinction Rebellion (XR) protester disrupted the flight.

Just about to take from London city airport. Our flight was infiltrated by a climate change protestor. #londoncityairport #ClimateChange pic.twitter.com/eWBeeUiGHM

He added, “I’m extremely sorry for the inconvenience.”

A passenger on the flight was heard asking the cabin crew, “do us all a favour and remove him from the plane.”

Police boarded the plane and arrested the protester.