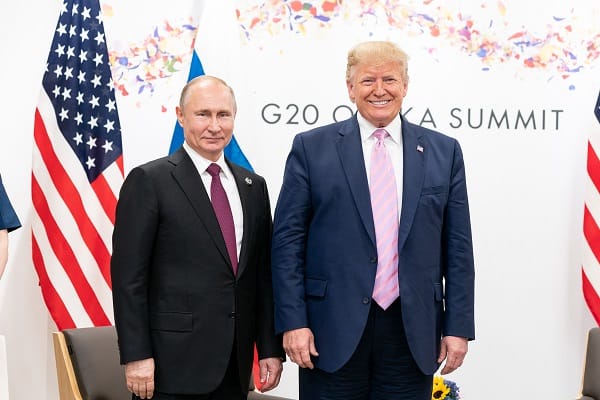 Former US president Donald Trump has praised the Russian President Vladimir Putin for declaring “a big portion of Ukraine as independent.”

Trump seemed to brag that this would not have happened if he was the US President as the situation with Ukraine was not “properly handled.”

Trump said, “Putin declares a big portion of Ukraine as independent. That’s wonderful. How smart is that? This is genius.

“I knew Putin very well. I got along with him great. He’s got a lot of great charm and a lot of pride. He loves his country.”

Speaking to The Clay Travis and Buck Sexton Show, Trump said he used to talk to the Russian President about Russia’s ambitions to invade Ukraine.

He called current US President Joe Biden “weak” in his response to the Russian and Ukrainian crisis.

The former US President added, “If properly handled, there was absolutely no reason that the situation currently happening in Ukraine should have happened at all.”