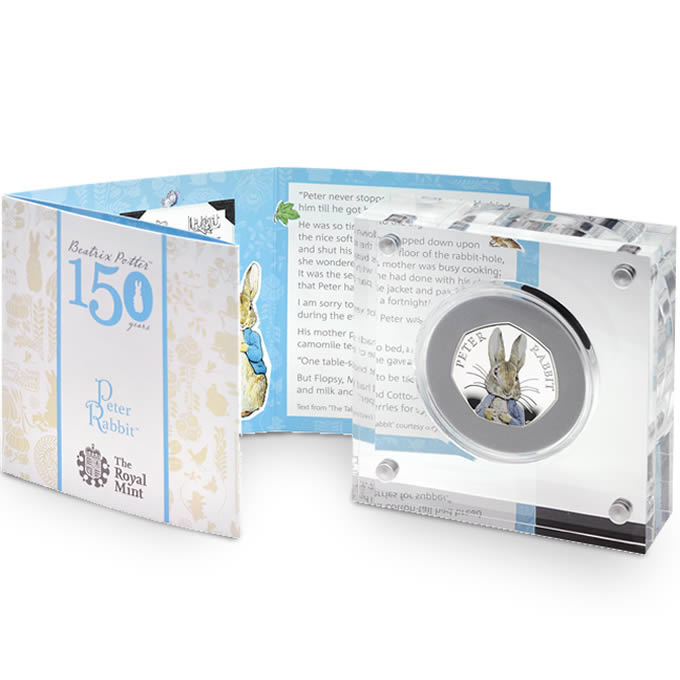 What do you think of the new design?

There will be a total of four designs which will feature Peter Rabbit, Jeremy Fisher, Tom Kitten and Benjamin Bunny, all will be dressed in their original outfits.

Each 50p coin has been produced in a hand-painted style. The Beatrix Potter collection was first launched 12 months ago as the Royal Mint celebrated the authors 150th anniversary.

The painted Peter Rabbit coin went on sale on the Royal Mint website on Monday. Other uncoloured 50p coins featuring the designs will be put into general circulation.

Anne Jessopp, Director of Commemorative Coin at The Royal Mint said: “While we always knew that the Beatrix Potter characters would be a huge hit, the enormous popularity of the 2016 set exceeded everyone’s expectations.”

“The coins sold out almost instantly as people raced to collect a complete set of the four friends. We’re delighted to be able to present another group of her exquisite characters, giving them a new lease of life on our specially-designed coloured commemorative coins.”