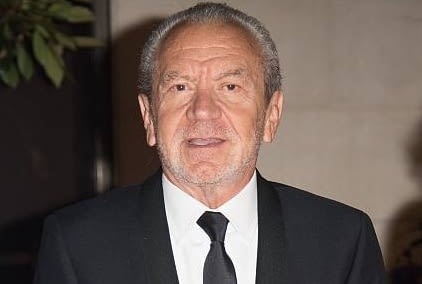 Lord Sugar is UK’s most searched for director

For the third year in succession, Lord Alan Sugar has been named the UK’s most searched for company director in 2018, according to figures released by business intelligence specialist Creditsafe.

The TV personality and entrepreneur topped the rankings for the most searches conducted by business owners in the UK, ahead of Mike Cuddy and chef and restaurateur Jamie Oliver. The results also uncovered the most searched companies for the last 12-months, with Interserve Construction coming out on top, ahead of Carillion and Edmunson Electrical.

With 17 out of the top 20 most searched directors appearing as new entrants in the top 20, it’s clear that search trends are constantly changing, with just Sugar, Richard Branson and Director and Co-founder of Boohoo.com Mahmud Kamani maintaining their presence in the rankings.

Not surprisingly, it was clear the media and wider news agenda is likely to have impacted on the findings of the results. Michael Cuddy, founder of the Cuddy Group, the demolition contractor which ceased trading in July 2018, was featured heavily in the public eye in the summer when doubts about the future of the business were raised following a period of ill health. Similarly, the forecast for Jamie Oliver’s chain of restaurants also came under scrutiny following the closure of 12 of its sites and after posting poor financial figures.

Following Carillion’s collapse at the beginning of 2018, in what many described as “the largest ever trading liquidation”, close attention was focused on the company’s finances and directors, with its former Non-Executive Directors Justin Read and Andrew Dougal appearing in positions 13th and 16th respectively for the most searched directors.

Chris Robertson, CEO UK and Ireland at Creditsafe said, “The results of these ‘most searched’ rankings often provide a key insight into business trends and media coverage within industry news over the past 12 months, and the tables for 2018 are no exception. Sadly, in the instances of Michael Cuddy and Carillion, it is often for the wrong reasons.

“However, it is interesting to see more than three-quarters of the most searched director appearing as new entrants in the list, and from a diverse range of backgrounds and industries.

“It’s encouraging to see that based on search volume, demand for services in the construction sector remains high, suggesting that UK businesses are keeping up momentum when it comes to investment in new facilities and infrastructure.”

Creditsafe’s company credit reports reveal detailed financial information about the performance of a company and additional insight into the people who run those companies (and others under their leadership). This data is drawn from a variety of sources including Companies House and Registry’s Trust and is accessed by more than 200,000 people globally on the Creditsafe system for the purposes of improved forecasting, supplier management and customer relationships.