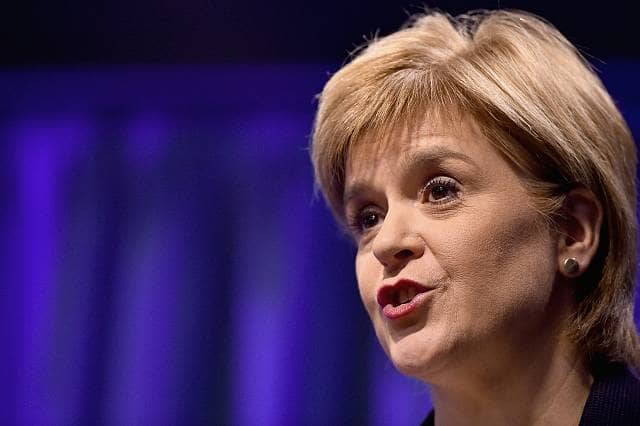 Here's what the SNP wants from Brexit talks

SNP leader Nicola Sturgeon will set out proposals for a new UK wide consensus approach to the Brexit negotiations as she joins the SNP’s election winning group of 35 MPs at Westminster today.

The First Minister will use the opportunity of the first meeting of the new SNP parliamentary group to call for a short pause in the Brexit negotiations so that a new four nation, cross party position can be put together that recognises the outcome of the election and the rejection of the Tories hard Brexit position.The Scottish Government’s compromise position, that the UK would leave the EU but remain in the single market and that the Scottish Government should be at the negotiating table, was endorsed by the electorate in this election and provides a blue print for a new UK position.

Speaking ahead of meeting the new parliamentary group in Westminster, Ms Sturgeon said: “In what is a very unstable situation for the UK Government, it is essential that time is taken to secure a consensus over the approach to Brexit negotiations.

“The Tories hard Brexit plan has been rejected and we cannot allow the Brexit negotiations to become hostage to the inability of either the Tories or Labour to command a clear majority.  It is imperative that we now build  a cross party, all government approach to Brexit that will protect all of our interests at this highly uncertain time.

“The strongest possible position in the Brexit negotiations will be one that is backed by all parties and all governments across the UK.

“As a first step it is now imperative that the UK Government takes a short pause before beginning negotiations to work with others to put together a new position – one that is truly based on the interests of the whole of the UK.

“The Tory position on Brexit does not carry popular support, is not backed by all four nations of the UK or a majority of MPs and any attempt to continue with it will be disastrous for Scotland and for Britain.”