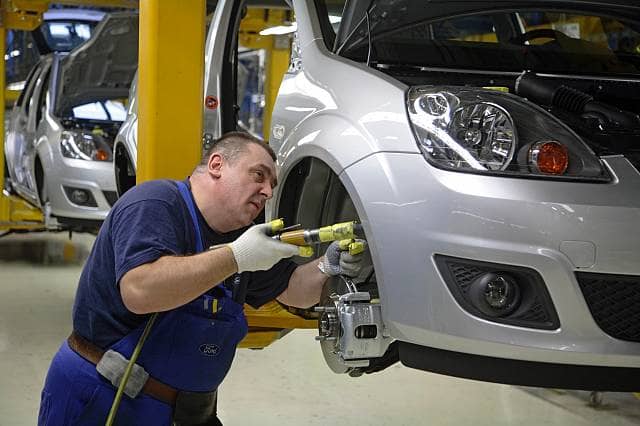 Ford tells PM we are leaving the UK placing 13,000 jobs at risk

Car giant Ford told the Prime Minister Theresa May over a phone call that they are stepping up preparations to pull production out of the UK, the Times has reported.

Ford said last month that a no-deal Brexit will face a bill of up to £775m, the car manufacturer operates two engine plants in the UK, placing up to 13,000 jobs at risk.

Car makers have all made clear warnings over a no-deal Brexit as this may impose higher tariffs with disruptions to the supply chain that will threaten thousands of jobs.

The participant said during the call, “This isn’t about contingencies any more, we are taking steps because of the uncertainty. It’s real.”

Politicians have taken to Twitter to voice their concerns.

Theresa Griffin, Euro Labour MEP said on Twitter, “Dad was a machinist in a car factory until he lost his job in the mass car factory closures of the 70s – I can’t bear the thought of losing this industry – Ford told UK PM it is preparing alternative production sites.”

Labour MP David Lammy, said on Twitter, “Ford is stepping up preparations to move production out of Britain. It employs 13,000 staff in the UK. How many car companies have to sound the alarm over Brexit before the Prime Minister listens?”

Labour MP Owen Smith said on Twitter, “After Nissan, Ford has now told Theresa May it is preparing alternative production sites – outside the UK. This will hit workers in Wales particularly hard. And Ford won’t be the last. #ProjectTruth”

Ford is stepping up preparations to move production out of Britain. It employs 13,000 staff in the UK.

How many car companies have to sound the alarm over Brexit before the Prime Minister listens?https://t.co/PCMgozfCek

Labour’s Madeleine Moon MP for Bridgend, where Ford has plant employing thousands, said on Twitter, “the PM was warned about this. Companies are preparing because she refuses to take no deal off the table. She has a choice protect real peoples jobs or upset the ERG”

Nissan announced last week that they are scrapping plans to build the new X-Trail SUV at the Sunderland plant, because of the UKs departure from the EU is making it impossible to plan for the future.