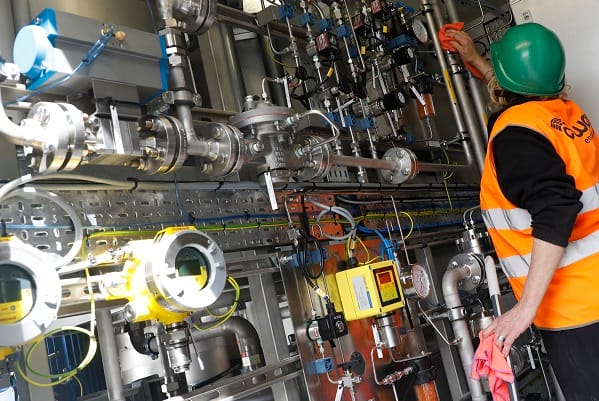 Energy and automotive brand, First Hydrogen, is pleased to announce it has has submitted two Green Hydrogen production projects for the initial round of funding through the UK Government’s Net Zero Hydrogen Fund (NZHF) Strand 1 program.

The program is funded by the Ministry of Business, Energy and Industrial Strategy (BEIS) for £240 million. The NZHF is part of the UK Government’s initiatives to promote the production of home-grown green hydrogen and is a means to achieving the ambitious 10 GW of domestic production by 2030, of which ‘at least’ 5GW will need to be from electrolytic sources.

The Company’s two projects will have an initial capacity of 40 MW each and are to be situated in Carrington, in Greater Manchester, and in the Thames Estuary area. The sites are in two regions with hydrogen growth strategies, with letters of support received for both projects from leading strategic stakeholders and the landowners for the projects in such regions.

The Thames Estuary Growth Board (TEGB) issued a letter supporting our application for Strand 1 funding, highlighting the regional demand across the Estuary for green hydrogen, endorsed in the TEGB Hydrogen Route Map document.  First Hydrogen has also received a letter of support for its projects from INOVYN, a subsidiary of INEOS, one of the key hydrogen producers in the EU.

These Strand 1 submissions are the first stage in obtaining financial support from the UK Government, providing grant funding to undertake Front-End Engineering and Design work, planning, and will progress the projects to the pre-construction phase. Additional Strands will provide support for construction and business model support.

The two projects in Carrington and the Thames Estuary will, once operational, provide the Company’s automotive customers with a substantial part of their green hydrogen needs to operate their fleets of First Hydrogen Fuel Cell Light Commercial Vehicles, and in combination will produce an excess of 7,100 tonnes of green hydrogen per year.

Nicholas Wrigley, Executive Chairman at First Hydrogen Group, stated, “Having received support from respected economic and energy authorities for our projects, we are hopeful that our applications will secure funding to finance our first green hydrogen production sites.

“These sites will ultimately supply our automotive customers with a guaranteed supply of green hydrogen, which is critical to the adoption of hydrogen mobility and creating a zero-emission transport sector. First Hydrogen recognizes the role it will play in achieving these targets and meeting fleet demand and building upon the first submission, is working to identify additional production sites for future funding rounds.”