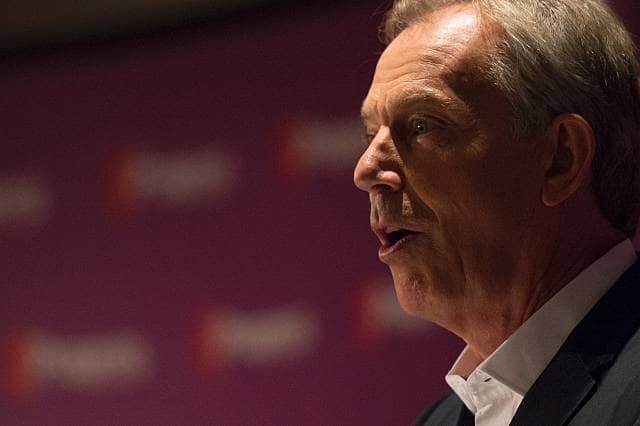 Could Tony Blair make a return to frontline politics?

This is what Blair had to say

Tony Blair has said he feels motivated to return to frontline politics, he has refused to rule out standing again as a Labour MP.

Blair believes Prime Minister Theresa May is not being reasonable when it comes to Brexit.

Blair said he “almost feels motivated to go right back into it” as a politician, he also said how Britain is being “hijacked” by Brexit backers.

The ex-Labour leader told BBC Radio 4’s The World This Weekend: “I feel for the first time since I first came into politics, I look at the British political scene at the moment and I actually almost feel motivated to go right back into it.

“I just feel we’re allowing ourselves to be hijacked by what is actually quite a small group of people with a very strong ideology.

“Someone like Theresa May, you look at her and she’s very sensible, very solid, she’s a perfectly decent person, I agree with a lot of what she says – what she says about energy costs today, most people would say ‘fair enough’.

“But on this issue, which is the biggest issue of our time and which will have a dramatic impact on our future, on our economy, on our living standards and on the younger people of this country, on this issue she’s not reasonable.”