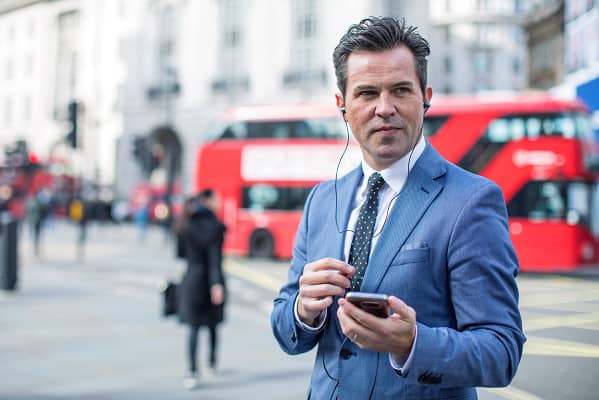 A third of white-collar professionals have stated that they are ‘very likely’ to leave their job in the coming months, unless more understanding and assistance is directed toward personal matters which impact their work.

According to research carried out by global recruiter Robert Walters, there are three major ‘living crisis’ that will further drive The Great Reshuffle which companies need to be tuned into in order to attract & retain talent:

Toby Fowlston, CEO of Robert Walters said, “Just because hybrid and remote working has become more prevalent it doesn’t mean that the role of the workplace isn’t needed just as much. Over the course of our lifetime, we would have spent a third of our time at work – and so employers really do have a role to play in ensuring the wellbeing of their staff.

“Companies need to be more in tune with the issues impacting their employees if they want to avoid ‘The Great Reshuffle.’

“The crucial act here is for employers to listen and play an active role in alleviating some of the personal issues in employees lives before they reach that irreversible ‘crisis’ point.”

According to a survey of 6,000 professionals by Robert Walters, 48% feel that their pay is not an accurate reflection of the work that they do – with a further 45% stating they feel underpaid.

When asked around pay in relation to cost of living, just 5% stated that they had a generous disposable income – with the vast majority (41%) stating that they live sensibly to cover their cost of living – and just over a quarter make enough to warrant savings. Worryingly almost a fifth (14%) of white-collar workers live ‘pay cheque to pay cheque’.

Almost a tenth of professional workers (8%) are resorting to other means to supplement their cost of living – more commonly referred to as ‘side hustles.’

Toby added, “Just as much as it can feel like an uncertain time for employees, the same can be said for companies and so it is important that employers do not get dragged into a wage price spiral whereby they find themselves fighting against a somewhat unpredictable inflation rate.

“Instead in the lead up to mid-year appraisals employers should look at how else they can add financial value to their employees’ lives – such as small things that can take the burden off day-to-day living costs.

“Whilst there are much fewer people in the office on average, now more than ever breakfast provisions, fruit baskets, snacks and drinks will be appreciated. Also consider pushing the flexi-working agenda further and allowing your staff to travel in on off-peak trains or once traffic has died down to alleviate high fuel costs.”

30% have stated that the long-term working from home has had a negative impact on their mental health – citing lack of physical interaction with the team (69%), inability to separate home & working life (59%), and distractions at home (47%) as the leading reasons.

Despite this, 87% of professionals are still reluctant to give up the option to work from home – with a third stating that they want to maintain homeworking for at least one day of the week.

The result of these conflicting patterns of thought is what Robert Walters refers to as the ‘Keeping Up with the Workplace Joneses’ effect – where professionals are feeling the pressure to feel grateful and take advantage of a fully flexible world.

Toby said, “It is an unexpected phenomenon, but we are now starting to hear about fatigue setting in from professionals who tried too hard to go back to their ‘old work life’ of being a work/social butterfly – all whilst trying to maintain the perks of ‘slow living’ when working from home, building in lunchtime walks and personal tasks.

“It is taking us all some time to settle into the new norm. Pre-Covid we had no qualms about doing the food shop, laundry, or gym session either after work or on the weekend – but now that we have had a taste of ‘lockdown working’ we are not quite sure how our working patterns play out in a hybrid world.

“The pressure to ‘balance it all’ in a flexi-world – mixing our pre and post Covid behaviour – is what is causing the general mental health fatigue, and I think senior leaders can be more vocal on this to help take the pressure off.”

In a survey conducted by Robert Walters, 51% of professionals state that it is important that a company’s social values align with their own – citing workers rights (66%), diversity, inclusion & equality (62%), mental health awareness (59%), climate control (34%), political matters (29%), and charitable causes (27%) as the primary values a professional would decline a job offer on.

Toby concluded, “Increasingly we are seeing more professionals be more selective about where they work – not because of the salary, job role, or career path, but because of what the company stands for. It is no longer ‘I work for an employer, but that employer works for me.

“This expectation is being driven upward, where CEO’s who once sat behind their desk are increasingly expected to be more visible and vocal on topics that are important to themselves and their employees – such as inclusivity in the workplace. Young professionals want a CEO who is authentic and passionate, and willing to step forward on values close to their heart.”