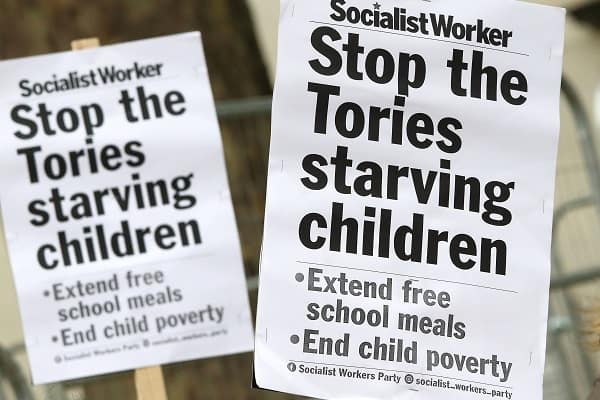 Police forces across the UK are preparing for “civil unrest” and the “government needs to get a handle” over the cost of living.

The cost of living crisis which is affecting millions of people are angry that they cannot provide for their families with many holding down multiple jobs.

A source told The Times that officials and police forces are preparing for “civil unrest” over the summer but also said they have “no special intelligence” over any possible disorder.

Police forces are currently assessing their capabilities – and the source  warned, “It’s already going to be a busy summer with the Platinum Jubilee and Commonwealth Games, plus the normal sporting events and festivals.

“We know historically that where the economy suffers, acquisitive crime goes up and there is more potential for unrest.”

On Tuesday MPs at the Business, Energy and Industrial Strategy Committee (BEIS) have been told shocking news today to expect an increase to the energy price cap in October to be “in the region of £2,800.”

Jonathan Brearley, the chief executive of industry regulator Ofgem told the committee that “the price changes are genuinely a once in a generation event not seen since the 1970s.”

Millions of families are already struggling to live, eat, pay bills and many are forced to chose between eating or heating as bills have already risen to around £693 for their annual energy bill.

Last month an expert warned the government that the UK “is not very far off civil unrest” as the cost of living is soaring and “anger brews” when “breadwinners cannot provide” for their families.

Martin Lewis who is one of the most trusted money experts in public life, said that he is worried over the consequences as millions of families are struggling to pay for the most basic necessities.

He previously told the Sunday Telegraph that as inflation continues to skyrocket he is getting “scared for people.”

“We need to keep them warm.

“If we get this wrong right now, then we get to the point where we start to risk civil unrest.

“When breadwinners cannot provide, anger brews and civil unrest brews – and I do not think we are very far off.

“I get all these messages from people tearing their hair out. They don’t know how to make things add up.”