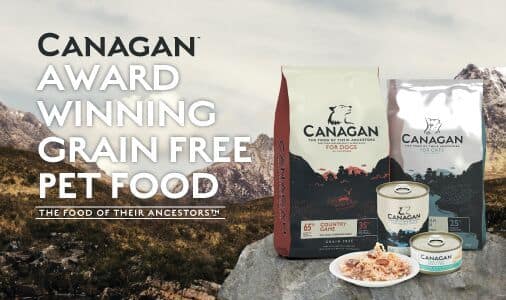 Symply Pet Food, provider of popular pet food brands including Canagan, Symply, Piccolo and the Cheshire Cat’s Garden, has been awarded a Queen’s Award for Enterprise 2017, the UK’s most prestigious honour for British companies.

The award recognises Symply Pet Food’s outstanding international growth, commercial success and its contribution to the UK’s economy through its pet care products.

The honour is particularly profound in this historic year when Her Majesty The Queen celebrates the sapphire anniversary of her reign. Symply will be presented with the award at a royal reception in Buckingham Palace, hosted by Her Majesty.

Since its launch in 2009, Symply Pet Food has enjoyed 8 years selling high quality products to over 35 countries, with a particular stronghold in European and Asian markets.

James Milbourne, Director of Symply said: “We are incredibly proud to receive this award for our achievements in overseas markets, which is testament to the dedication, hard work and collective focus of our team, distributors and suppliers.”

“After years of consistent and increased focus to leverage growth internationally, it is hugely satisfying to have our efforts recognised and certainly motivates us to continue our strategy to offer high quality pet food to consumers all over the world.”

With its focus on good nutrition and natural ingredients, Symply is building up a strong following amongst pet owners globally.