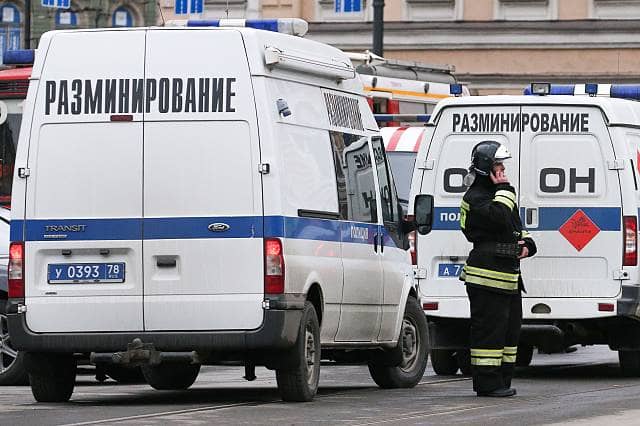 Russian police have said that they made safe an explosive device in a flat in St Petersburg, 3 days after the metro attack which killed 13 people.

The flat was raided early Thursday morning and neighbours were moved away whilst three men were taking away in handcuffs after which a loud blast was heard.

Federal Security Services said that their bomb disposal experts had defused a bomb in an apartment.

Vladimir Putin has said that around 7,000 people from Russia and other former republics are fighting with the so called Islamic State.