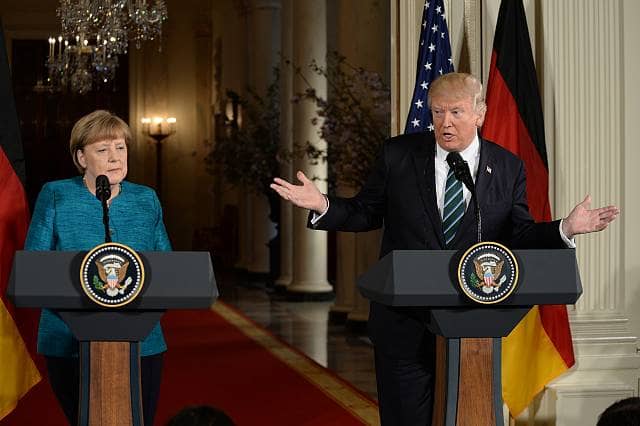 President, Trump has spoken out in two texts today following his meeting with the German Chancellor, Mrs Angela Merkel at the White House yesterday.

President Trump said: “Despite what you have heard from the FAKE NEWS, I had a GREAT meeting with German Chancellor Angela Merkel. Nevertheless, Germany owes…..”

President Trump said the US must be paid more money for providing defence.

He added in another text: “…vast sums of money to NATO & the United States must be paid more for the powerful, and very expensive, defense it provides to Germany!”

With what appeared to be an awkward meeting with the US President seemed to refuse shake hands with Mrs Merkel. However, they had shaken hands when they met.

They discussed, Syria, Ukraine, international trade and NATO funding. Mr Trump had demanded their allies pay back “vast sums of money from past years” and dubbed NATO as “obsolete.”