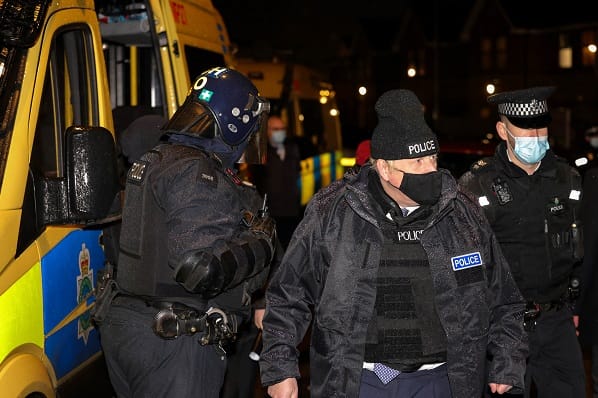 Police chiefs have hit out at the Home Secretary because some of their officers are using food banks, the same as millions of other families across the UK.

Attending the Police Federation Conference Priti Patel was confronted by Manchester police officers who told here to “put her money where her mouth is” as they are complaining over a government pay freeze.

Rich Cooke, chairman of the West Midlands Police Federation told the Home Secretary, “It’s about time you and your colleagues put your money where your mouth is and did something about the terrible state that our colleagues are finding themselves in.”

A mother who has worked in policing for more than 20-years asked Patel is she could survive on £1,400 a month.

Detective Constable Vicky Knight, of North Wales Police, said how she was forced to borrow money from her mother, she said that some colleagues are also “desperately struggling to do the job that we love and to make ends meet.”

Patel thanked Knight for sharing her story, adding, “I think it just it really illustrates so strongly and powerfully why we need to actually find solutions to pay issues and actually give you the support that you rightly deserve.

“We have to move this forward. You have that commitment from me, you absolutely do.”

The federation’s national chairman, Steve Hartshorn, warned the “lack” of pay “sticks in the throat” of officers which is causing them the “greatest hardship,” he then asked Patel, “What has gone wrong?”

He added, “Why are my colleagues one of the only groups of frontline public sector workers being penalised in their pockets?”