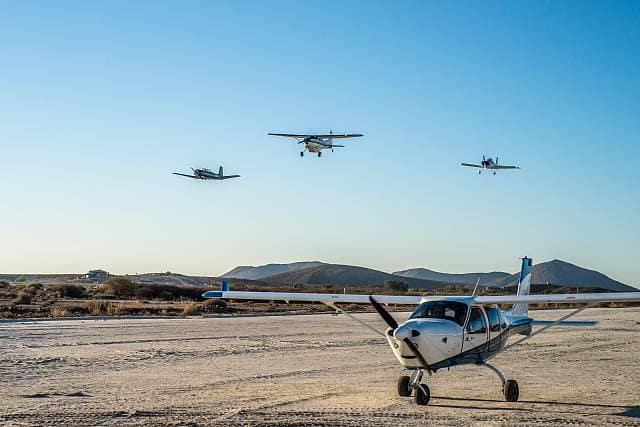 A light aircraft with two people on board crashed in to the sea near Shoreham.

A police spokesman for Sussex police said: “Two people are reported to have escaped from the aircraft, believed to be a Cessna.

“They swam ashore after the plane came down quite close to the beach and are thought to be uninjured at this time.”

The Maritime and Coastguard Agency said: The UK Coastguard received multiple 999 calls at approximately 3.50pm today reporting that a small plane with two people on board had ditched into the water off Shoreham.

“The Shoreham Coastguard Rescue Team and RNLI lifeboat were immediately tasked, along with the Coastguard search and rescue helicopter from Lee-on-Solent.

“Thankfully both individuals are now ashore safe and well and in the care of Sussex Police and the South-East Ambulance Service.”