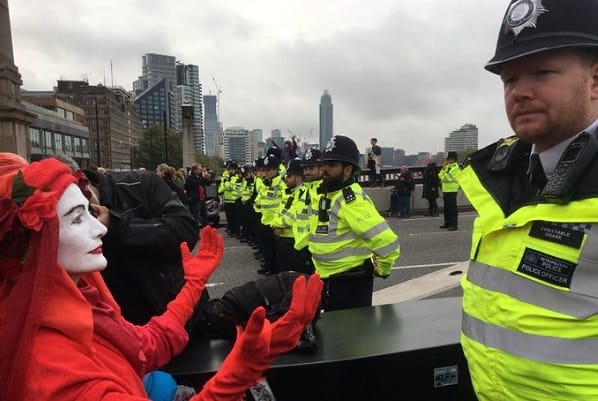 On the first day of a two-week protest by Extinction Rebellion (XR) has seen more than 130 arrest made by police across Whitehall.

By 12:30 a spokesperson for the Metropolitan Police said 13 arrests had been made. The spokesperson added, “The arrests are in addition to those over the weekend, with eight people arrested on Saturday – seven on suspicion of conspiracy to cause public nuisance, and the eighth on suspicion of obstructing police.”

Transport for London (TfL) said on Twitter, “Road users are advised to expect delays in the area. Victoria Embankment is closed northbound (towards Parliament Square) between Horse Guards Avenue and Northumberland Avenue.

“Millbank is closed in both directions due to obstruction.”