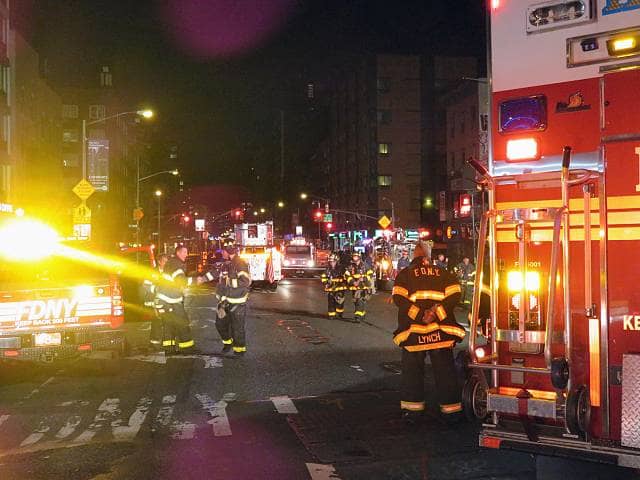 A bomb squad carried out controlled detonation of a suspicious device found in a backpack near a train station in New Jersey on Monday.

The discovery came after a bombing in Manhattan on Saturday injured 29 people.

Last night, police were called to inspect a backpack with pipes and wires which was found in a bin near a train station in New Jersey.

One of the suspicious devices in the backpack exploded while police were trying to disarm it using a robot.

It is not yet clear whether the backpack is linked to the weekend’s bombings.

According to various media reports, a mystery called telephoned the police that more bombings will take place.

“I’m looking at the explosion down the block. There will be more,” the man said, according to police sources who spoke to The New York Post.