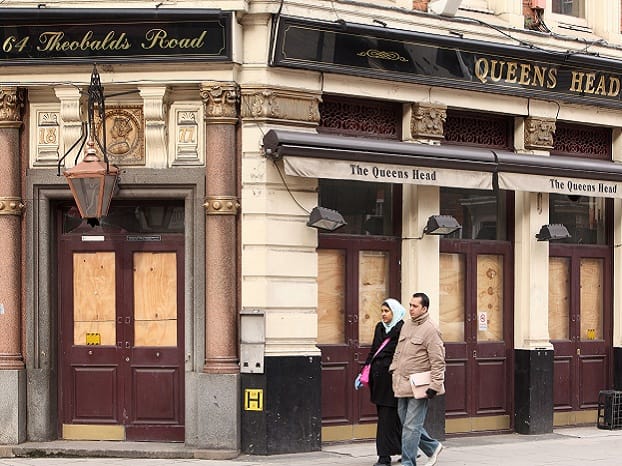 Prime Minister Boris Johnson is facing fury from the British Beer and Pub Association (BBPA) along with many other pub and brewery owners over the regional restrictions which will affect their industry.

The BBPA said on Wednesday that the lack of additional financial support from the Chancellor, and the tightening of restrictions, pub closures and job losses are now inevitable.

The trade body are urgently calling on the government to provide financial support to the sector to save thousands of jobs and livelihoods.

The BBPA sent a letter to the Prime Minister today, “The pub is clearly being singled out for exceptionally harsh and unjustified treatment and unless your government changes course, and soon, huge portions of this most British of institutions will simply not be there come the spring.

“Your Winter Plan, compounded by the Christmas announcement, have been greeted with utter dismay and incredulity by publicans up and down the country, and made the situation facing us exponentially worse.

“How can it be that people mixing in unregulated private homes is deemed safer than gathering in limited numbers in larger, regulated and ultimately COVID-secure venues like pubs?

“There is no logic to this decision.

“Heading into what would have been our most valuable trading period, thousands of businesses are now facing total failure and local communities unable to enjoy a drink and a meal in the perfectly secure environment of their local pub over Christmas.”

In response to the Chancellor Rishi Sunak spending review which was announced in the House of Commons on Wednesday, the BBPA said “it seems pubs have been cast adrift by the government.”

Emma McClarkin, Chief Executive of the BBPA said, “The lack of action by the Chancellor to save pubs and jobs by giving them the proper support they need is staggering. It seems pubs have now been cast adrift by the Government. To save businesses and jobs the Chancellor needs to come back to the House this week and set out an enhanced package of support ahead of the new tier system coming into effect.

“Not only is the Government unfairly rendering pubs unviable or forcing many of them to stay closed this Christmas, it isn’t even giving them the full financial support they need to survive. Whilst the news of a review of business rates reliefs in the New Year is a glimmer of positive news, it is not nearly enough.

“It’s all well and good investing in new jobs, but the actions of this Government are killing viable pub businesses and thousands of jobs that already exist. Yet the Government is not doing enough right now to help them survive nor Britain’s brewers that are reliant on them.

“If our sector isn’t allowed to trade properly, or at all, how on earth can the Chancellor expect it to survive and protect the livelihoods of the thousands of people working in it? Adequate grants need to be given to pubs urgently or they simply won’t survive the new tier restrictions or Christmas.

“The Government must do more to help our pubs, the livelihoods they support and the communities they serve across the UK. If not, this really could be the end of the pub in Britain as we know it.”