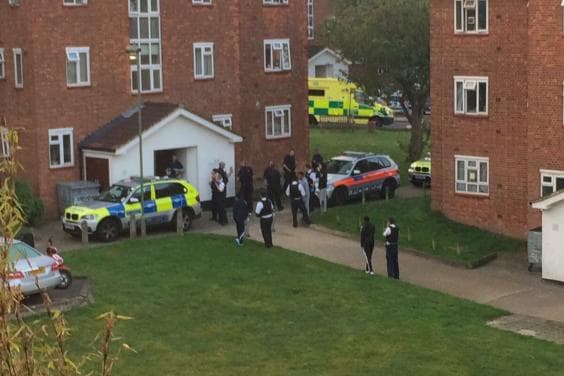 No arrests made so far

A man and woman were shot in their flat in East Finchley, north London, this morning.

Police were called to the north London property shortly beofre 6.30am.

Emergency services arrived at the home in Elmshurst Crescent, but the pair were pronounced dead at the scene.

No arrests have been made yet but the Metropolitan Police said its investigation continues.

A Met police spokesman said: “Police were called by London Ambulance Service at approximately 06.25hrs on Thursday, 15 September to reports of two people injured at an address in Elmshurst Crescent, N2.

“Officers attended and found two people – a man and a woman – suffering gunshot injuries. Both were pronounced dead at the scene.”