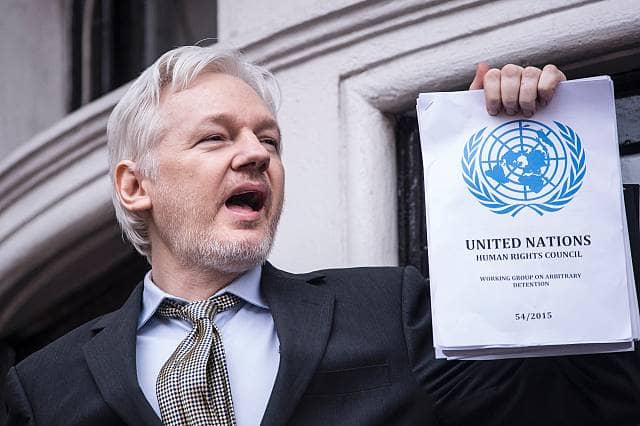 Julian Assange set to be questioned inside embassy over rape allegations

Wikileaks founder Julian Assange is set to be questioned by Swedish prosecutors inside the Ecuadorian embassy in London.

Assange is wanted for questioning over a rape allegation, which he has strongly refuted.

A statement issued in Ecuador said: “In the coming weeks a date will be established for the proceedings to be held at the embassy of Ecuador in the United Kingdom.

“For more than four years, the government of Ecuador has offered to cooperate in facilitating the questioning of Julian Assange in the Ecuadorian embassy in London, as well as proposing other political and legal measures, in order to reach a satisfactory solution for all parties involved in the legal case against Julian Assange, to end the unnecessary delays in the process and to ensure full and effective legal protection.

“In line with this position, Ecuador proposed to Sweden the negotiation of an agreement on mutual legal assistance in criminal matters, which was signed last December and which provides the legal framework for the questioning.”