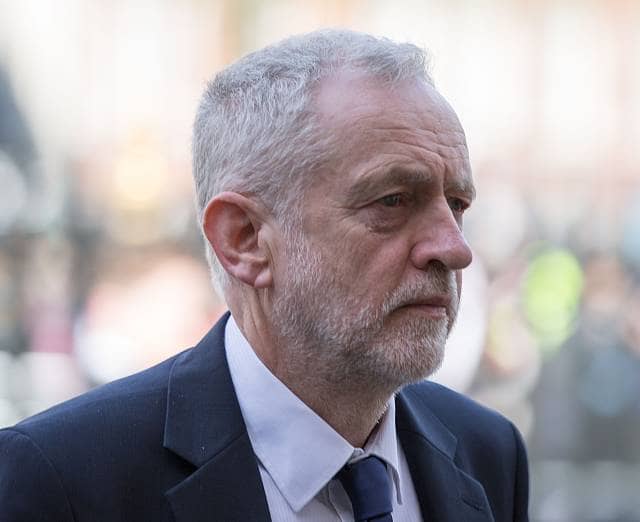 Jeremy Corbyn says election is not a ‘foregone conclusion’

Here’s what Corbyn had to say

Labour leader Jeremy Corbyn today launched a brilliant attack vowing to “overturn the rigged system” and placing wealth and power back in to the hands of “the people” to “give people real control.”

This is Corbyn’s first general election speech and Thursday he said that 8 June’s poll is not a “foregone conclusion” as Labour may defy the “establishment experts.”

He added: “We can’t win, they say, because we don’t play their game. They’re quite right I don’t. And a Labour government elected on June 8 won’t play by their rules.”

Hitting our hard to the “gilded elite” he accused the multinational corporations of hiding money in tax havens such as Grand Cayman.

Corbyn added: “Much of the media and Establishment are saying this election is a foregone conclusion.”

“They think there are rules in politics, which if you don’t follow by doffing your cap to powerful people, accepting that things can’t really change, then you can’t win.”

“But of course, those people don’t want us to win. Because when we win, it’s the people, not the powerful, who win.”

He said that a Labour government will not “play by their rules.”

“They say I don’t play by the rules – their rules. We can’t win, they say, because we don’t play their game.

“They’re quite right I don’t. And a Labour government elected on 8 June won’t play by their rules.”

He continued to say that those rules “have created a cosy cartel which rigs the system in favour of a few powerful and wealthy individuals and corporations”.

He singled out Mike Ashley, Sports Direct owner and Sir Philip Green who faced severe criticism from Corbyn of the BHS pension scandal. He said that they should be “worried about a Labour government.”