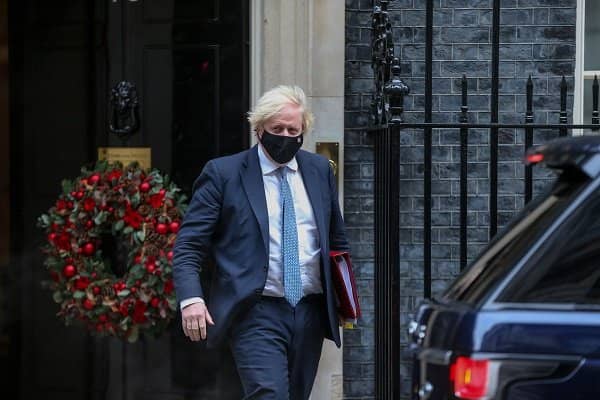 As the Downing St. Christmas party debate continues while new measures are introduced to limit the spread of COVID-19, new research by Ipsos MORI shows more than half of Britons (53%) think most politicians and their advisers are unlikely to abide properly by new rules, such as working from home, wearing face masks and vaccine passports, if they are introduced.

This includes a quarter (26%) who believe they are not at all likely to stick to the new measures. Four in 10 (42%) think they are likely to follow the rules they put in place, only 13% say they are very likely.

Civil servants and journalists are also expected to abide by the new rules properly by a majority of the public, 61% and 55% respectively say most people in these jobs are likely to comply with the re-introduced measures compared to around a third who disagree (31% and 34%).

Those seen as most likely to follow the measures are, perhaps unsurprisingly, NHS staff. Almost 9 in 10 (85%) of Britons believe most of those working for the National Health Service will abide by the Government’s new measures in order to stop the spread of COVID-19, while only 11% disagree.

British workers are split as to whether they will attend a work Christmas party if their employer holds one. Three in 10 (29%) say they are likely to attend if one is held while 3% have already attended one. Just over a third (35%) say their work is not holding any in-person Christmas party this year. A quarter (26%) say they are unlikely to attend and 3% did not attend a party that has already been thrown by their employer.

Gideon Skinner, Head of Political Research, at Ipsos MORI, said: “Despite all the recent news, there has been little change in the proportion of Britons finding Government communications on Covid clear, and most claim that they are likely to follow new restrictions properly. They also tend to believe the same about people they know and fellow citizens more broadly (although much less certainty), while NHS staff are seen as clear role models for following new rules. However, we can also see the impact of low trust in the political elite, who are the only group that more of the public believe are unlikely to follow new rules.”