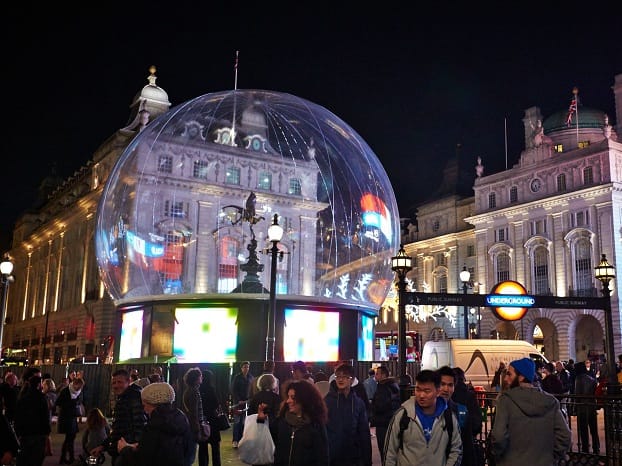 Westminster Council has gifted Picadilly’s iconic Eros statue a 62ft snow globe this Chritmas to protect it from vandals.

The Grade I-listed statue has been disfigured a number of times in the past including a man trying to scale it in 1937 and the archer’s bow bent and its string broken in 2011.

The globe has internal fans to blow around ‘snowflakes’ and is surrounded by electronic screens which will display Christmas messages from Westminster council.

Robert Davis, deputy leader of Westminster council, said: “This is an exciting project which will not only protect a Grade I listed statue in one of London’s most recognised street scenes, but become another reason for people to come to the capital this Christmas.”