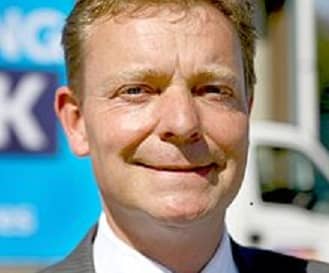 Craig Mackinlay the Conservative candidate who is standing to re-elected as South Thanet MP has been charged with offences, under the Representation of the People Act 1983, the Crown Prosecution Service said Friday.

Mackinlay is one of three people to have been charged following a lengthy investigation concerning allegations that were made about the Conservative Party’s spending in the 2015 general election.

The head of special crime at the CPS, Nick Vamos said: “On 18 April we received a file of evidence from Kent Police concerning allegations relating to Conservative Party expenditure during the 2015 General Election campaign.”

“We then asked for additional enquiries to be made in advance of the 11 June statutory time limit by when any charges needed to be authorised.”

“Those enquiries have now been completed and we have considered the evidence in accordance with the Code for Crown Prosecutors.”

“We have concluded there is sufficient evidence and it is in the public interest to authorise charges against three people.”

Craig Mackinlay 50, his agent Nathan Gray 28, and Marion Little a party activist 62, have all been charged with offences under the Representation of the People Act 1983 and are due to appear at Westminster Magistrates’ Court on 4 July 2017.

“We continue to believe that this remaining allegation is unfounded. Our candidate has made clear that there was no intention by him or his campaigners to engage in any inappropriate activity.”

“We believe that they have done nothing wrong, and we are confident that this will be proven as the matter progresses.”

“The individuals remain innocent unless otherwise proven guilty in a court of law. The press, parties and those on social media should be aware of the provisions of the Contempt of Court Act and the strict liability rules against publishing anything which would prejudice the course of justice.”

“There is a broad consensus that election law is fragmented, confused and unclear, with two different sets of legislations, and poor guidance from the Electoral Commission.”

“Conservatives are committed to strengthening electoral law to tackle the real and proven cases of corruption that were exposed in Tower Hamlets in 2015.”