Home Brexit UKIP: Reckless defects back to the Tories 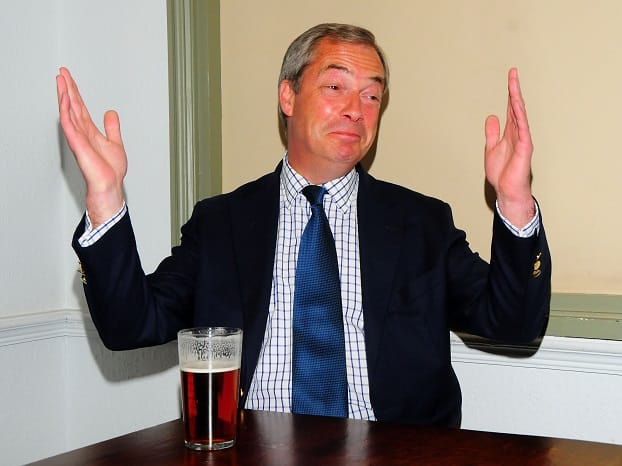 UKIP: Reckless defects back to the Tories

MP Mark Reckless has quite the UKIP party and gone back to the Conservative party pledging his support to Theresa May.

In 2014, Reckless left the Conservatives for Farage’s party and David Cameron purportedly called him a “fat****,” which was a significant blow to the Conservative party.

Reckless said: “I campaigned all my adult life for on to leave the EU. Now we are, under a Conservative Government. I support Theresa May, and her team of Brexit ministers to deliver.

“As a country, it is right that we seek a sensible settlement with the EU, rather than no deal. The UK Conservative government is getting us out of the EU and I want to back it.

“In Wales, the Conservatives are the main opposition to Labour. It is time that was properly reflected in the Assembly.”

Reckless also said that now that we have left the EU it was a “job done.”

Nigel Farage the Former UKIP leader said: “To be elected on a list and then to resign from the party is a dishonourable thing to do, and I thought better of him.”

Paul Oakden the UKIP chairman said: “We are disappointed to hear that Mark Reckless has decided to leave UKIP in order to join the Conservatives in the Welsh Assembly.”

Oakden further said that because the Reckless won the assemble seat under the UKIP mantle he should not be allowed to retain the seat as it should go to another UKIP party candidate.

Arron Banks the former UKIP donor said that Reckless was a “weak man that fell into bad company.”

The Conservative party said that Reckless is not “re-joining” the party and will only be treated as a member of the Welsh assembly.