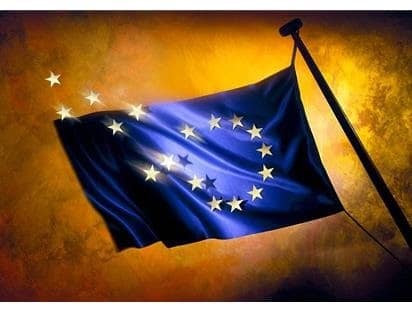 No one knows how much Brexit divorce is going to cost

The total amount the UK will pay in the financial settlement on leaving the EU remains uncertain and could differ to the £35 billion to £39 billion that government has estimated, says the National Audit Office (NAO).

The NAO has reviewed HM Treasury’s estimate of the cost of the financial settlement. In its report, published today, the NAO has explained that while the figure is a reasonable calculation, HM Treasury has based its estimate on a number of assumptions because future events are likely to impact the total cost.

The total cost of the settlement cannot be defined until there is greater certainty around future events such as: the UK’s economic performance in 2019 and 2020; how much EU funding UK organisations will continue to receive after the UK leaves; the future cost of the EU pension liability; and potential changes to the exchange rate, as the UK will settle its payments in euros.

Relatively small changes to some assumptions about future events could push the cost outside ofHM Treasury’s £35 billion to £39 billion range.

The NAO has identified uncertainties in HM Treasury’s estimate which will impact the final amount the UK will be liable to pay:

–      The UK will pay towards the EU’s annual budgets in 2019 and 2020, as if it remained a member state, but the amount still needs to be calculated based on the UK’s future economic performance. These contributions will partly determine what share of the EU’s outstanding commitments and liabilities the UK will pay after 2020.

–      Some settlement payments are expected to extend far into the future, in particular the UK’s contribution to the EU pension scheme, which may last until at least 2064. The government can choose to pay off these commitments earlier in a lump sum, however this presents risks and opportunities to the total value the UK may be liable to pay.

–      The UK could have to pay towards other costs, which are not in the estimate, such as potential liabilities that may depend on future events, and a guarantee for the European Investment Bank, although HM Treasury and the EU consider the risk of these liabilities crystallising to be remote.

–      The Joint Report states that the UK will honour its commitments to the EU’s overseas aid instrument, the European Development Fund (EDF), which would cost a further £2.9 billion. HM Treasury has not included this in its estimate because the EDF is not established under the EU treaties.

–      The terms of the settlement, which mark 31 December 2020 as a key date for determining the UK’s share of liabilities, mean the EU Commission could skew future decisions and impact the total value the UK will have to pay back.

The estimate takes into account income the UK private sector receives from the EU directly. These receipts, worth around £7.2 billion, will not go into the government’s accounts.

The government is dependent on information it receives from the EU to calculate the final settlement. The UK government can appoint auditors to review that information. The NAO has recommended that HM Treasury carefully considers what information it needs to make accurate and informed decisions on future payments, and how it will update Parliament with revised estimates as new information becomes available.

Amyas Morse, the head of the NAO, said today:

“We have reviewed the Treasury’s estimate of how much the UK will pay the EU under the draft withdrawal agreement. The estimate reflects a number of moving parts, so the range of costs in it could have been wider than £35 billion to £39 billion. But overall we think it is a reasonable estimate.

“As the vote on the draft withdrawal agreement approaches we expect that government will provide a substantial amount of material for Parliament to consider. We will support Parliament in this scrutiny by providing independent assurance.”