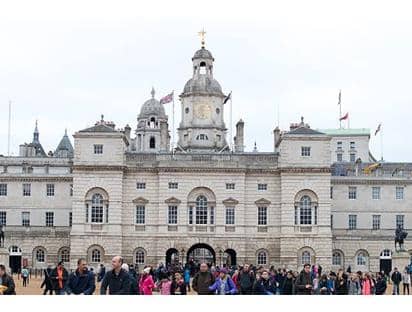 Less than 1 per cent of hotels are now deemed to be at significant risk of going insolvent* as the weakened pound as a result of Brexit has helped attract high volumes of tourists to the UK, says Moore Stephens, the Top Ten accountancy firm.

Data from the Insolvency Service shows that there has been an 18 per cent fall in the number of hotel insolvencies in the last year – to 80 down from 98.

Moore Stephens says that the influx of tourists taking advantage of a weaker Sterling is a major driver in the reduction of financial stress in the sector.

According to the ONS, international visitor numbers to the UK rose by 9 per cent in the first six months of this year – to 2.5 million people.

Moore Stephens adds that more British people are also choosing to go on ‘staycations’ – or remain in the UK for their holidays – as a cheaper alternative to going abroad.

Moore Stephens explains that whilst Brexit may have had a negative effect on some UK businesses, those in the hotel sector have clearly benefitted from the effects of the vote to leave the EU.