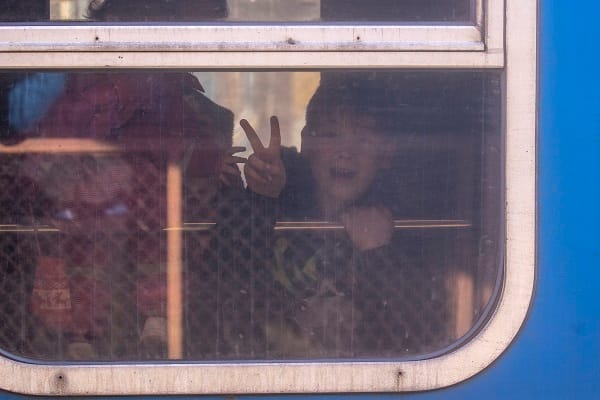 Ukraine has appealed to the United Nations to facilitate the return of Ukrainian children who have been “illegally deported from Ukraine” and are being placed up for adoption to Russian families.

The Defence Ministry of Ukraine said that children are being forcibly separated from their families the same way the Nazis did in World War Two.

“There are recorded cases of parents being forcibly separated from their children.

“Russia is preparing to give abducted Ukrainian orphans up for adoption to Russian families. Russian ‘denazifiers’ act in the same way as the Nazis in 1941-43,” the Ministry wrote on Twitter.

“The threat of illegal adoption of Ukrainian children by Russian citizens without following all the necessary procedures set out in Ukrainian law is glaring,” the Ministry statement said.

“In violation of international humanitarian law and basic standards of humanity, Russia is engaged in state-organised kidnapping of children and the destruction of future of the Ukrainian nation.”

The Ukrainian Foreign Ministry said that governments which are party to the UN Convention on the Rights of the Child which includes Russia are legally obligated to stop the illegal migration of children.