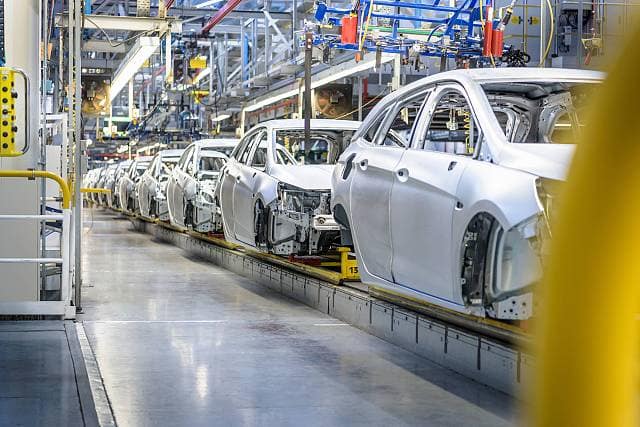 UK gross domestic product (GDP) grew by 0.3% in the three months to May 2019 following the fall seen in April.

Both the services and production sectors grew by 0.3% in the three months to May 2019, contributing positively to headline GDP growth. However, construction growth was flat over the same period, with zero contribution.

The main contributors to services growth in May 2019 were retail trade, and information and communication. Despite these industries performing well in recent periods, there has been a notable slowdown in services growth since July 2018.

Production grew by 1.4% in May 2019, following a fall of 2.9% in April 2019. Within production, manufacturing grew by 1.4%. This was driven largely by a pick-up in the manufacture of transport equipment, following several car firms shutting down production around the originally intended departure date from the European Union. Despite this rebound, the levels of output in this industry are below those seen in the months prior to April 2019. Elsewhere, mining and quarrying grew by 0.4% following a sharp fall in April 2019.

Commenting on today’s GDP figures, Head of GDP Rob Kent-Smith said, “GDP grew moderately in the latest three months, with IT, communications and retail showing strength. Despite this, there has been a longer-term slowdown in the often-dominant services sector since summer 2018.

“The economy returned to growth in the month of May, following the fall seen in April. This was mainly due to the partial recovery in car production.”

Markus Kuger, Lead Economist, Dun & Bradstreet said, Today’s data release shows that the British economy is in slightly better shape than initially expected. Following a poor April when industrial production collapsed, a modest recovery in May was enough to keep the economy in growth territory. Service sector output is still growing but at a more sluggish pace than in the previous 12 months.

“Worryingly, however, the construction sector continues to struggle, also highlighted by recent PMI figures. Retail trade data also remains soft, and both retail and construction are sectors where the number of business failures was still rising, according to latest data from Dun & Bradstreet. With the Brexit uncertainty dragging on, any significant upturn in real GDP growth in the next few quarters seems unlikely.”