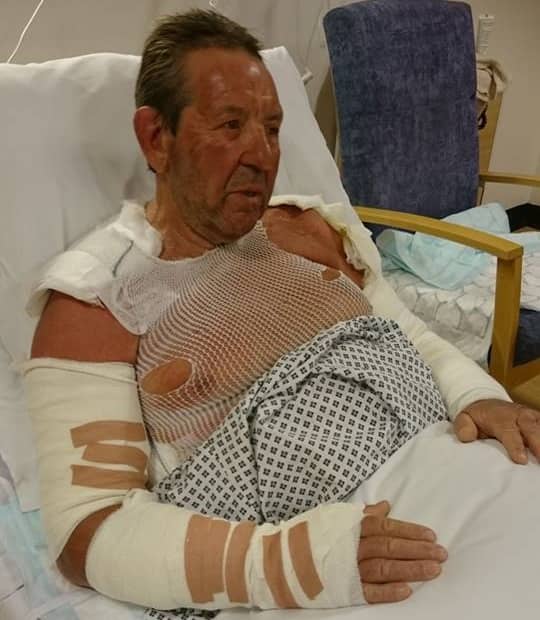 Gordon Henderson, the Conservative MP for Sittingbourne and Sheppey, has suffered burns in a bonfire accident.

Hendorson met with an accident after trying to light a bonfire with petrol.

In a post of Facebook, the MP said he used a small amount of petrol to light a fire in his garden at his Eastchurch home.

He said: “My hair caught fire and I was badly burned on my face, back, sides, chest, both arms and right leg.

“In fact, my left leg was the only part of my body to escape relatively unscathed.

“Thankfully there was a hosepipe close by, positioned for just such an eventuality, and my wife Louise had the good sense to immediately douse me with water for 10 minutes.

“If she had not taken such immediate action then I might well be dead, and that is not being over dramatic.”

He added: “I have posted a photograph showing the outcome of my accident.

“It is not a flattering photograph, but I have posted it because I very much hope it will show, in graphic terms, the affect that one moment of thoughtlessness can have on any one of us.”