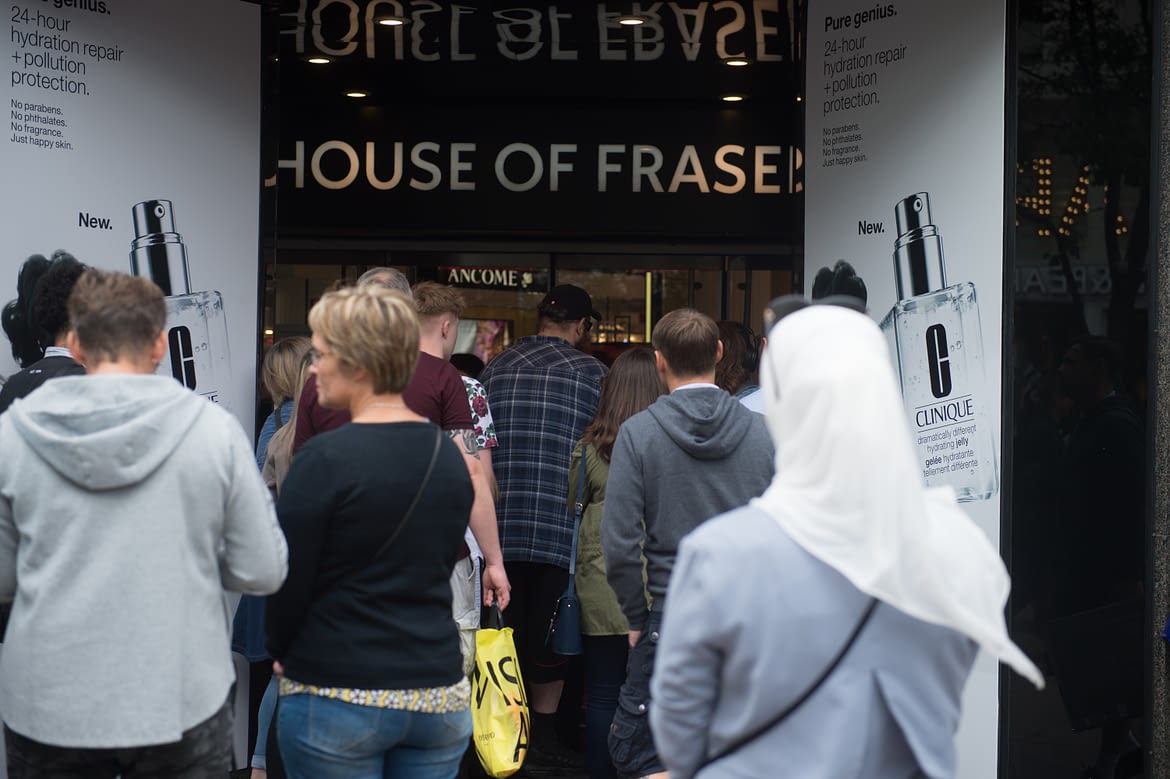 Just days after its new owner Mike Ashley pledged to save 80 per cent of the struggling House of Fraser stores, it is now reported that around a dozen stores could be shut this week.

A spokesman for House of Fraser told media: “Some landlords are being very collaborative in order to give us a chance at turning the business around, giving House of Fraser a lifeline and saving hundreds of jobs.

“However, some greedy landlords would rather see the stores close than help save the jobs of hundreds of people.

“We will continue to try and convince these landlords but ultimately time is running out. Some closures will be announced.”

House of Fraser to shut down London’s Oxford Street flagship...

Frasers makes positive strides ahead of Mike Ashley stepping down...