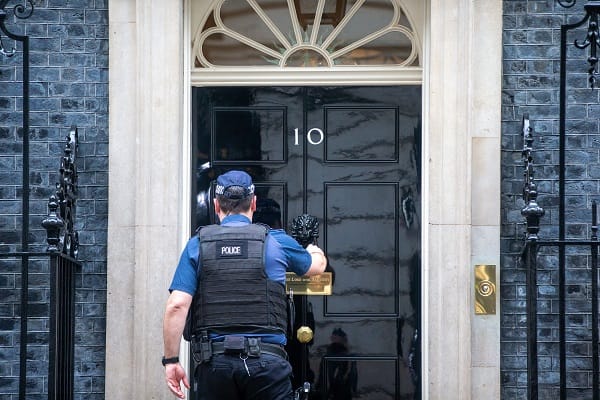 Half (50%) of women say they have little trust in the police’s ability to keep women safe in public, according to a new poll by Savanta ComRes to mark International Women’s Day.

Last year’s research, conducted in the aftermath of the kidnapping, rape and murder of Sarah Everard by a serving Metropolitan Police Officer, found that two in five (41%) UK adults had little trust in the police’s ability to keep women safe in public. A year on, this figure has risen to 46% and now includes half (50%) of women.

With more than half (53%) of UK adults saying men need to do more (up from 45% in 2021), men are increasingly likely to say they have taken measures to make women feel safer in public.

Women are also more likely to report taking measures, including telling people where they are going in advance (51%, up from 42%), texting a friend when arriving home (49%, up from 39%) and holding keys or another object in preparation for self-defence (41%, up from 33%).

However, despite this increased focus on safety, women are just as likely and, in some instances, more likely to report experiencing sexual harassment in public in the past year as they were in March 2021.

In addition, the proportion saying they have experienced being stared at (32%) or cat-called or wolf-whistled (18%) has risen since last March (25% and 14% respectively).

Three quarters (77%) of women who have experienced sexual harassment in public say they never reported the incident to the police, with approaching three in five (57%) women saying they have little trust in the Crown Prosecution Service’s (CPS) ability to prosecute crimes against women (up from 51% in 2021).

Emma Levin, Senior Political Consultant at Savanta ComRes said, “The kidnapping and murder of Sarah Everard while she walked home in South London last March sparked a nationwide conversation about women’s safety in the UK. A year on, while men and women are both more likely to report taking measures to help women feel safer, women are just as likely to say that they have experienced harassment in public.”

“These findings also indicate that the various scandals of the past year, in particular the accusations of misogyny within the Metropolitan Police, have damaged faith in the police and the CPS’s ability to protect women from and prosecute crimes against women. With Cressida Dick standing aside last month, it is clear a lot of work will need to be done by her replacement to restore trust in the police’s ability to keep women safe.”