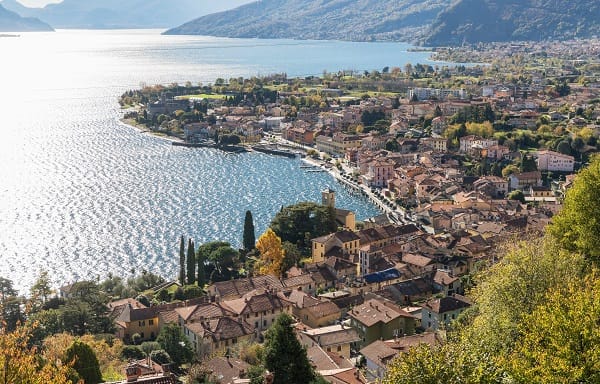 The latest studies and researches about profit areas explain the best locations to invest in real estate units. So British and the Americans returned to Lake Como.  Also, the Swiss have started to be interested in these areas with new buyers from Australia, Lebanon, and even many Israelis. All of these are buyers with large budgets. They want to bring in capital from warring countries and are looking for large luxury villas to live in for a few months a year. The most popular shore is that of Cernobbio, particularly the stretch from Como to Laglio. Still, there are also requests for Blevio and Torno and the other arm of the lake, in particular Varenna.

Studies also confirm this trend in the British newspaper, the Financial Times. An article reported by the local newspaper confirms the validity of investments in top Italian resorts. They refer to this area: “Como is better than Portofino and the Tuscan countryside.” Our unique and magnificent lake is described as “Lake Como offers scenic seclusion and stardust.” This means that you can find quietness, solitude, and a pleasant, romantic feeling on the lake, almost as if you were living a dream.

An article in the renowned magazine “Ville e Casali” of April 2018 states that “Lake Como is like New York”. So As underlined by many experts in glamour real estate, Como offers a wide range of options: a historic villa directly on the lake, an exclusive property a few minutes from Como, a flat in a prestigious residence with a swimming pool.

Lake Como in the movies

Already in the film “Grand Hotel,” dated 1932, Greta Garbo, in one of the most memorable scenes, “urged her lover to run away with her right in Tremezzo, turning Lake Como into an idyllic place for romantic and passionate getaways.  Gran Hotel Tremezzo is dedicated to the famous Hollywood actress, one of the essential historical suites.

The shore of Tremezzo is dear to British people, so they made this area the perfect place for unforgettable holidays and a venue for important weddings. Also, Bellagio, known as the Pearl of Lake Como, is dear and famous to the Americans.

This is also thanks to the presence of the famous Grand Hotel Serbelloni, which this year celebrates its 100th anniversary surrounded by the splendid landscape of Lake Como. The blue of the waters is combined with the green of the mountains. In a great position on the promontory that reaches into the middle of the lake, separating it into two branches.

This location was also chosen for placing sets and making many other recent movies.

Thousands of tourists animate Lake Como, looking for the entire set of their favourite film, hoping to meet some famous actors. Some films, directors, and cast have found a second home in Lake Como.

The Shadow of Suspicion

The film tells the story of Lisa, who leaves her husband to elope with her lover on Lake Como. In a fit of jealousy, her husband sets off for Lake Como to meet his lover in a climactic scene in the lobby of a famous hotel on Lake Como. Lake Como is included as the backdrop of an escape dictated by love, passion, and the search for freedom: the emblem of this feeling is enclosed in the scenes and the shots on the poster concerning the motorboat tour of the couple in love.

The most famous spy in cinema stops over at Lake Como: Bond hunts down LeChiffre, a terrorist, with the help of Bond Girl Eva Green. After a tough battle in the field, James Bond is hidden at an exclusive clinic, Villa del Balbianello in Lenno. Lake Como is again the protagonist with Villa La Gaeta in San Siro, in the film’s final scene and especially in the famous phrase “My name is Bond, James Bond”.

In the second episode of the successful trilogy recounting the adventures of the group of thieves led by Danny Ocean, the protagonists stop off at Lake Como at Villa Erba, the residence of the rival thief, played by Vincent Cassell. These places are greatly enhanced thanks to the filming on the Via Regina towards Villa Oleandra and the scenes accompanied by the Riva motorboat between Cernobbio and Torno.

The second episode/second series by George Lucas: Senator Padmé Amidala and young Anakin Skywalker hide on the planet Naboo and get married secretly. The young Jedi’s declaration of love and lasting protection on the lakeside terrace of Villa del Balbianello in Lenno is famous. The story then takes an entirely different turn. For lovers of the series, the cut scene of the picnic in Varykino, the name of the place in the story, is the Rogaro plain, a panoramic point overlooking the lake between Tremezzo and Griante. The wedding scene is celebrated on the patio of the Villa. So currently, many couples want to get married in this magical and exciting place.

The Mayor of London, Sadiq Khan, has announced on Thursday the latest recipients of …