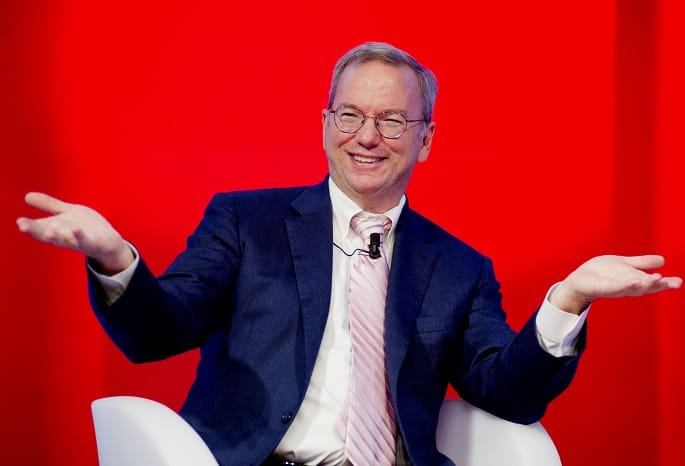 If there’s one person who can predict the future of the internet, it’s Google boss Eric Schmidt.

And he thinks it’s over. Or will be, sometime soon.

At the World Economic Forum in Davos, when asked where the internet is headed, Schimdt said: “I will answer very simply that the internet will disappear.”

“And with your permission and all of that, you are interacting with the things going on in the room.”

Speaking at “The Future of the Digital Economy” panel, Schmidt declared that in the future the internet will be even more personalised and interactive.

He went on to berate the notion that the advent of technology is resulting in job losses.

“What happens to the job that is lost? It’s the same thing that happened when people stopped farming and started using tractors.

How much money did we spend online last year?

Want to buy your first London home? You’d need to save for 30 years

Here are the most irritating ads from the last 15 years

Here’s the latest WhatsApp thing everyone is talking about