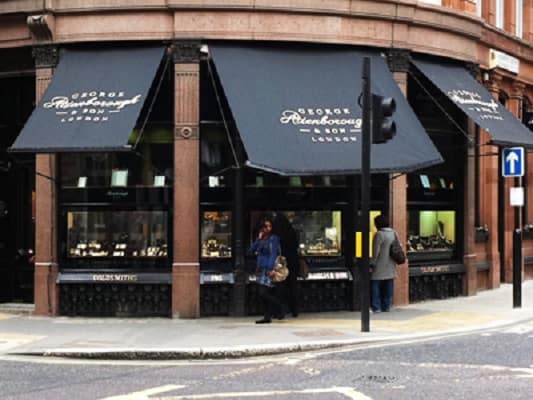 In a Hatton Garden style heist, raiders tunnelled their way into a jeweller’s on London’s Fleet Street, they made off with £1m worth of gems.

Detectives from the Metropolitan Police Flying Squad are investigating how they tunnelled into the George Attenborough and Son Jewellers over the weekend.

On the company’s website they advertise jewels and watches such as Cartier, worth tens of thousands of pounds.

A Scotland Yard statement confirmed members of its Serious and Organised Crime Command were involved in the investigation.

They said, “Police were called shortly before 2am on Monday, 25 March, to a report of a burglary at a jeweller’s in Fleet Street.

“A quantity of jewellery was stolen. An investigation has been launched, led by detectives from the Met’s Flying Squad.

“Forensic examination work is continuing at the scene.

“No arrests have been made. Inquiries are ongoing to establish the circumstances and identify those responsible.

“We are not providing further information at present, and we are not disclosing details of what was stolen.

“Any witnesses, or anyone with information, should call police via 101 quoting CAD 451/mar25.

The raid happened yards away from the Hatton Garden Safe Deposit company that was raided in April 2015.