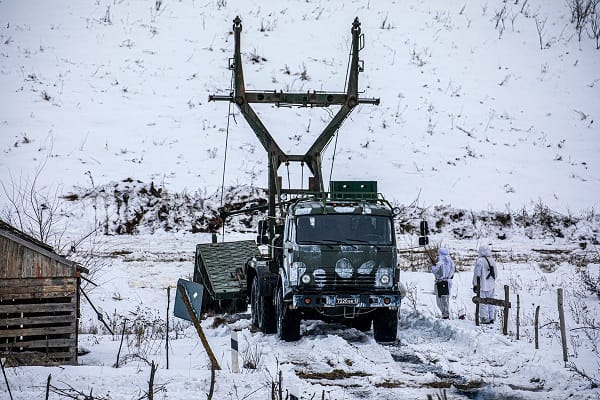 The Russian President Vladimir Putin has been warned he will face “enormous consequences” should he go to war with Ukraine.

As Europe braces for the imminent all out war in the Ukraine the US President Joe Biden warned that “it would be the largest invasion since World War Two.”

There is now around 130,000 Russian troops with hardware near the Ukrainian border and in Belarus and NATO has put 8,500 troops on standby.

Russia warned NATO and the US against deploying more troops into Eastern Europe as Moscow will “respond appropriately.”

On Monday Andrei Kartapolov, who heads the Russian parliament’s defence committee warned NATO against sending any war ships or fighter jets to the Baltic region.

NATO warned Russia on Monday that they are sending war ships and fighter jets to Eastern Europe and that the US, “has also made clear that it is considering increasing its military presence in the eastern part of the Alliance.”

The US President Joe Biden is currently considering options to send thousands of US troops to Eastern Europe should “things deteriorate.”

The US President said that every NATO ally is “on the same page” and all of NATO’s members will come to defend the Ukraine should war break out and having troops on standby is not “provocative.”

Biden said, “We have no intention of putting American forces and air forces in Ukraine but, like I said, there are going to be serious economic consequences if he (Putin) moves.”

He warned the Russian dictator Putin of “not just economic and political consequences, but worldwide consequences” if he invades.

British Foreign Secretary Liz Truss warned on Wednesday that a Russian invasion will have huge consequences for Europe.

In an interview with BBC Radio 4 today, Truss said, “We are seeing a threat to a free democracy in Europe from an aggressive regime.