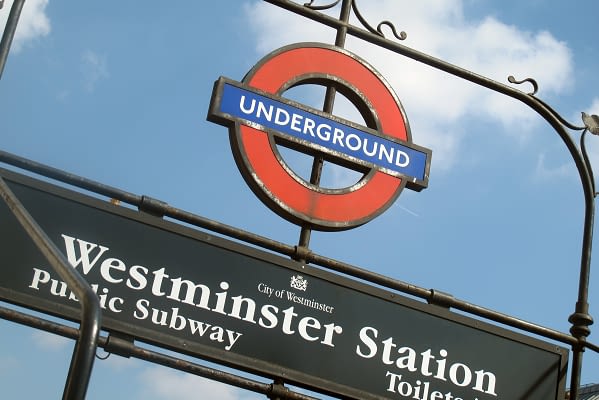 The Mayor of London, Sadiq Khan, has issued a dire warning that an entire Tube line could close if the Government does not grant TfL the emergency and long-term funding it needs to maintain the capital’s transport services.

Before the pandemic hit, the Mayor had reduced the TfL deficit he inherited by 71%, increased the cash balance by 13%, cut running costs year on year and was on track to reach a net operating surplus – all whilst freezing fares and introducing the Hopper bus fare.  However, TfL has to raise 72% of its operating income from fares, whereas it is only 38 per cent in New York or Paris. When the pandemic hit, passenger numbers fell by 95%.

This had a devastating impact on TfL’s finances.

The current emergency funding deal with the Government expires on 11 December. The Mayor has already outlined how failure to provide enough operational and capital funding for TfL means it won’t be long before London transport will be forced to move into a ‘managed decline’, potentially leading to run-down services reminiscent of the 1970s and 80s.

In practice, this could mean more than 100 bus routes being withdrawn and less frequent Tube timetables on a number of lines and branches, with more overcrowding despite the ongoing importance of social distancing. Without additional Government support, deteriorating public transport services and an increase in road and tunnel closures would cause wide-spread disruption and gridlock across the capital and put the national economic recovery at risk.

Such is the scale of savings that could be required, TfL is even having to look at going further and potentially closing a whole Tube line. Analysis shows that closing a line, despite delivering savings, would have a devasting effect on passengers – including for the millions of national rail passengers coming into London each year – so neither TfL or the Mayor would not want to countenance such a step.

TfL has already been making every efficiency saving it can to try to save services, cutting annual running costs by £1bn over the last five years. Pre-pandemic, TfL was on track to deliver £1.4 billion a year of recurring savings since 2016, with £1bn of those already secured. Pre-pandemic it was on course to return an operating surplus for the first time, in 2022/23. It has also reduced the number of staff it employs by 14% since 2015/16, from 31,200 to 26,800. But the unprecedented financial crisis caused by the pandemic has caused such damage that even this is not enough. Unless the Government provides funding certainty, yet more cuts and damaging measures will need to be implemented.

This stark picture was painted by the Mayor at his Centre for London speech today, during which he urged business leaders, policy makers and local government leaders to join him in making the case to the Government that TfL needs to be funded properly.

To ensure that TfL can continue to play its vital role in the recovery, £500m in operational support will be needed from the Government through to the end of the financial year 2021/22, and around £1.2bn will be needed for the financial year 2022/23. Beyond that, TfL needs sustainable capital investment, which every major transport network around the world requires to improve transport. London’s transport network dates from the 19th century and is therefore in need of constant investment even just to keep it running safely and reliably.

London contributes £36.1 billion pounds a year more to the Treasury than the Government spends in London. That money goes to fund services, including public transport in the rest of the country. TfL investment and its supply chain currently also supports 43,000 jobs across the country, with 55p of every pound spent on London Underground by TfL going outside of London. All this is at risk if TfL is starved of funding, with already aging Bakerloo line trains (the oldest in use in the country) forced to stay in service for decades longer, bus electrification going on hold, and train maintenance being deferred.

Speaking at the Centre for London, the Mayor of London, Sadiq Khan said, “I agree with the Government and Mayors across the country when they say other regions should have “London-style” transport services.

“But the irony is that a failure to provide enough operational and capital funding for TfL means that it won’t be long before London itself will no longer have “London-style” transport services.

“Instead, we’ll be forced to move into managed decline – leading to run-down services reminiscent of the 1970s and 80s.

“This is no exaggeration.

“If the Government continues to starve TfL of funding, bus services would have to be reduced by almost a fifth, and Tube services would need to be cut by nearly 10%.

“In practice, this could mean more than 100 bus routes being withdrawn and less frequent Tube timetables on a number of lines and branches. TfL is even having to look at potentially closing a whole Tube line to achieve the savings it may need to make.

“And that’s not all.

“There would also be an increase in road and tunnel closures due to a lack of money to maintain London’s key transport infrastructure.

“This combination of deteriorating public transport services and an increase in road and tunnel closures would cause wide-spread disruption and gridlock across the capital.

“Not only would this have a devastating effect on passengers, but it would put the national economic recovery at risk.

“On 11 December, the existing temporary funding deal between TfL and the Government comes to an end.

“So it’s time to remove short-term political thinking and to come together to call on the Government to provide the long-term funding TfL urgently needs.”